Following the unexpected closure of The Forge, previously home of Funk At The Forge, this special monthly clubnight has moved to another of London’s hottest venues, 229, and is inaugurating the club on Saturday Junes 10th with an absolutely killer lineup! Co-headlining this very popular night are two of the UK’s most in-demand funk acts – The Haggis Horns and Crowd Company. Topping things off will be more live music from Big Easy and Willwork4funk boss and DJ Calamity Jade spinning funk & soul goodies from her record bag.

BIG EASY
Big Easy are a New Orleans influenced funk and soul band fronted by award winning singer David Migden. The band members have played on albums and gigged all over the world with artists such as Robert Plant, Matt Berry, Ruby Turner, Lillian Boutte etc. 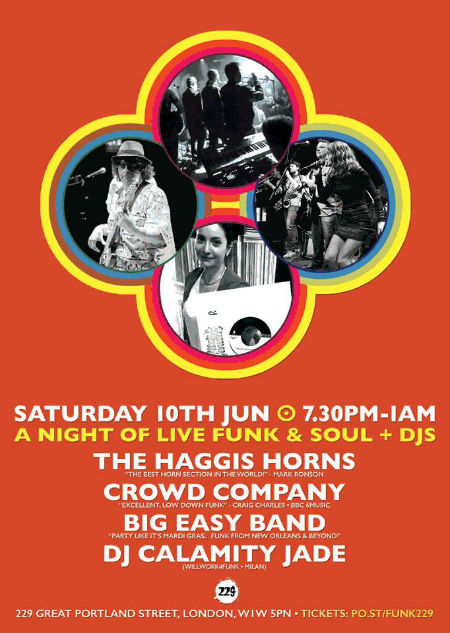