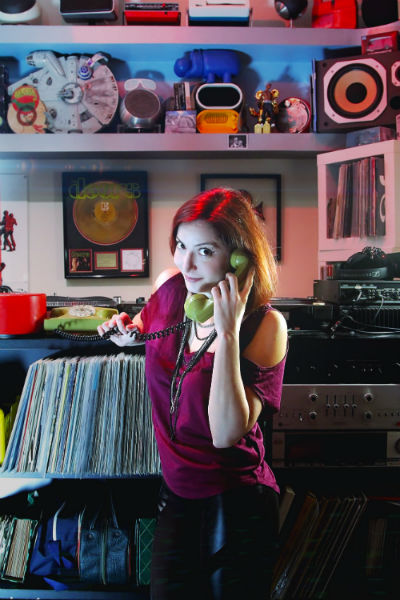 Calamity Jade’s activity as a DJ has slowly but steadily been gaining momentum since she started digging in the crates of New York City in 1999, where she was living as a teenager surrounded by black music and culture. After moving to Milan, Italy in 2002, Jade started making a name for herself and has since been constantly active DJing in Italy and abroad, hosting radio show “Funk Shui“on Italy’s most followed regional station Radio Popolare and producing mixes that have appeared everywhere from national Swiss station Couleur 3 RTS to German site blogrebellen or the Oonops Drops show on Brooklyn Radio, garnering thousands of listens.

With important events under her belt for the likes of Montreux Jazz Festival, MTV, Dior, Tommy Hilfiger, Nespresso, Aperol, Seletti, G-Star Raw, DiSaronno, Fiesta Ferrero, Amica Chips, Teatro Nuovo, Pitti Uomo or 5 star hotel Principe di Savoia, DJ Calamity Jade can be considered a guarantee both when it comes to providing a classy background for a cocktail hour to rocking a crowd in a packed club. Her DJ sets are an eclectic mix of old and new funk, soul, afro, boogie, disco, breaks, jazz and soulful house. From the 60s up to the most futuristic productions, Calamity Jade‘s taste will guide you on a trip from the early roots of groove up to its hybrid offspring, so that no dance floor can be considered safe!

For bookings, please write to info@willwork4funk.com

Latest from the blogView all posts