A side “Low Slung” fuses a stankin’ bassline, slick wah guitars and dope drums with MC Nosaj’s free associative raps. Raised in New York City, the MC and producer’s trailblazing sonic experimentalism began with his role in cult ‘90s psychedelic rap troupe New Kingdom. Nosaj’s thirst for innovative musical styles has led to him collaborating with dub-master Bill Laswell, new wave singer-songwriter David Byrne (Talking Heads), and trip-hop acts Tricky and Morcheeba. When on the mic, Nosaj attacks songs with an impressionistic rasp of a voice that channels punk rock energy and hip-hop swagger in an exhilarating fashion, emoting rhymes influenced by Divine Styler, Bad Brains and Jean-Michel Basquiat.  Over 25 years on from Nosaj’s recorded debut, his reputation endures as one of hip-hop’s most consistently boundary-pushing artists—and as simply one of the most distinctive and emotive voices you’ll ever hear.

Side B, “Demerara Dash” is a kinetic funk workout.  This instrumental is a whirlwind tour de force of instrumentation – drums, percussion, sax and guitars alternately take to the fore in this frenetic rush to the dancefloor. Both sides of the 45 feature Hammond organ from Stingray Davies, a key figure of the UK-grown funk roster who has played on and produced numerous UK funk records, notably those of Speedometer. 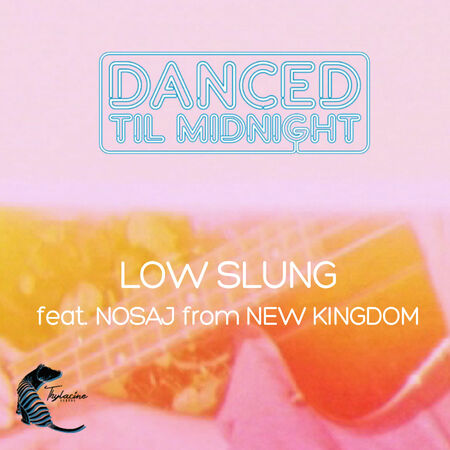