New full-length “Good Feeling” marks the return of Jay W. McGee, one of the most interesting voices from the disco and boogie era of the mid and late 80s. This album is Jay W. McGee’s first new recording since his last release more than 25 years ago, covering a selection from boogie to soul and from disco to gospel. The vocals for “Good Feeling” were recorded in Jay W. McGee’s hometown of Flint/Michigan, while the music was recorded and mixed in Hamburg by up and coming production team The Unbelievable Two.

Releasing on various independent labels, Jay W. McGee put out two solo albums  (“Over And Over” in 1981 and “Survivor” in 1988), accompanied by a couple of cult 12inch singles which still feature on genre radio and DJ playlists around the world. “Turn Me On” was officially re-issued by Légère Recordings in 2013, while “When We Party” is still a firm favorite among connoisseur DJs.

With “Good Feeling” we see Jay W. McGee go for an up-to-date production with true respect of his roots, aimed on the dance floor and the mind. All ten tracks are new and original compositions by Mr. McGee himself and the production team of Julian ‘Mzuzu’ Romeike and Matthias ‘Mucka’ Morgenroth, also known as The Unbelievable Two. The styles range from the colourful disco-soul of “Whole Lotta Talk”, the lo-down sexy groove of “Make Time For Love”, the crazy jazz-funk of “Look Here In My Heart” to the sweet gospel soul of “Do It Right Now”.

Take a listen to Mr. Jay W. McGee and you will surely get a “Good Feeling” too! 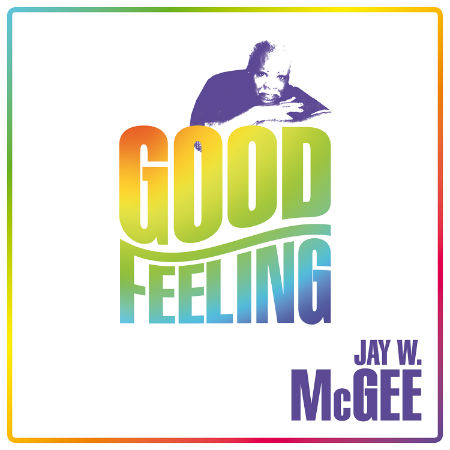