Mixcloud
‘Stratos Bleu’ by Smoove & Turrell between electronica and soul

‘Stratos Bleu’ by Smoove & Turrell between electronica and soul

Smoove & Turrell are a breath of fresh air in the world of soul bands. The boys make no attempt to sound or look like anyone else, instead you get a wildly talented and vital crew of larger than life North East musicians who have taken up their rightful place on the international soul scene having already become figureheads within the UK.

In 2019 the boys closed off the first decade of their career with “Solid Brass” – a compilation of all their best moments to date. The accompanying tour was a riot and a sell out across the UK and overseas in France, Holland and Germany.

2020 sees the release of their 6th studio album “Stratos Bleu” – a slightly different direction for the boys as they take influences from their infamous DJ sets where they fuse northern soul with funk and electronica. The production is a marriage of everything that they grew up on fused with elements of modern music, taking influences from Chicago House to Massive Attack, Inner City to Kruder & Dorfmeister but with the distinctive drum heavy dancefloor production Smoove is famous for.

For lyricist Turrell the album is a throwback to the rose-tinted halcyon days of his youth, from stealing his Dad’s aftershave to hearing house music for the first time. The challenge for both was about finding the right balance between the Smoove & Turrell soul sound that has brought them such a fanatical following and the raw dance music and electronica they grew up on, while always striving to be original.

“Do It“, the first single from the album is recognizably a Smoove & Turrell dancefloor destroyer and leads into the glorious analogue bubbler “It Ain’t Working” slated as their second single.

The tougher electronic sound will be a surprise to some but those denizens of the night who have seen these guys work a crowd from the DJ booth will know what to expect – extraordinary lyricism and tight beats.

The ecstatic breakbeat fueled “This Time“ keeps the album peaking but of course there is always shade with the blinding light on a Smoove & Turrell album and downbeat tracks like “Never Wanted You More” and “Talk About Nothing” bring you back to a balearic heyday for vocal electronic dance music.

“Stratos Bleu” out on LP / CD / Digital via Jaalapeno Records 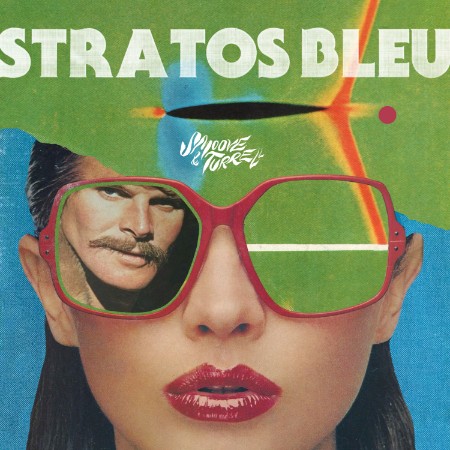