Formed in 2010 by Dave Singleton, Nick DeVan, and Mark Spain as a side project to DeRobert & the Half-Truths, mysterious trio Magic In Threes is an instrumental combo with a love of library music, soundtracks, and hip hop tapes. With a sound that mixes heavy beats with cinematic and sometimes psychedelic overtones, the band emphatically wear their influences on their sleeves.

The trio’s newest single “Diggin’ Dirt” is a heavy but easy Instrumental with a Hip Hop attitude played with a deep bass under smashing drums enriched with picking guitars, chords and a laid back organ. The track is out digitally via German label Golden Rules and will be part of their upcoming vinyl compilation due for release later this year. 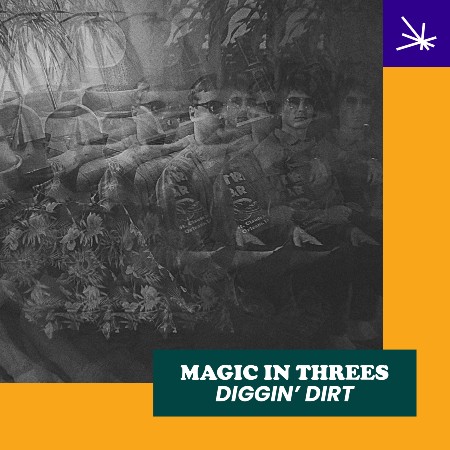