The Brothers Nylon is a collaboration between brothers Michael and Nick Rufolo from New York and famed London-based musician Shawn Lee. Living legend Shawn takes care of guitars, keys, percussion and vocals while young prodigies the Rufolo brothers are in charge of the rhythm section, playing respectively bass and drums. Nick plays also keys, strings, horns, percussion and additional vocals, while Mick deals with whatever happens on the mixing console.

Recorded in New York by the brothers Rufolo using a historical tape machine and then sent across the ocean to Shawn Lee to be developed and enriched, then back to New York and so on and so forth, “Bitches Cold Brew” is an intercontinental endeavor made of dirty funk grooves and trippy, psychedelic sounds.

In addition to the musical complexity, the project is mainly supported by its humor which places it somewhere between a Beastie Boys side project and a Prince Paul release. There are all imaginable and unimaginable topics, from the humorous ode to San Francisco with a late 70s boogie-disco vibe of “Shove It In My Mouth” to the clearly ambiguous “All Man Milk” to the musical bow / mock of fantasy series Game Of Thrones in “Khaleesi” to the declaration of couscous way of life in “Cous Cous”.

So sit back, relax and get ready for one hell of a funky, psychedelic trip! 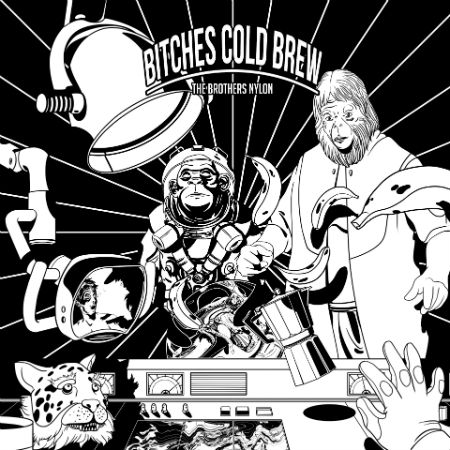