“These guys are scorching! Both live and recorded HBS deliver tropical treats like no other act around. Proper deepness!”

From the deepest depths of south London, Hot Border Special formed in 2014 with the goal to create an exciting and explosive mix of funk, rock, soul, latin and afro featuring a tight, raw and funky rhythm section, soaring guitars and heavy keys. The outfit includes members from bands such as The Heliocentrics, The Quantic Soul Orchestra, The Mighty Mocambos, Noisettes & JetTricks to name but a few.

The band has two studio LPs under their belt – the eponymously titled Hot Border Special was released on Légère Recordings in 2014, followed by second album Are You Ready in 2019, taking the listener on a psychedelic trajectory into funk rock. Uptempo bangers like “El Frantico” and “Hot Border Express” get the bodies moving, while the more dark and sinister tracks like “Mulartoo Deetoo” and “Wei Wu Wei” transport your soul to an iboga style trance.

The musicianship is tight – raw, rootsy and percussion heavy rhythms underpin lush interwoven guitar melodies – and its seriously rich, so rich in fact that you don’t even notice the absence of a vocalist! 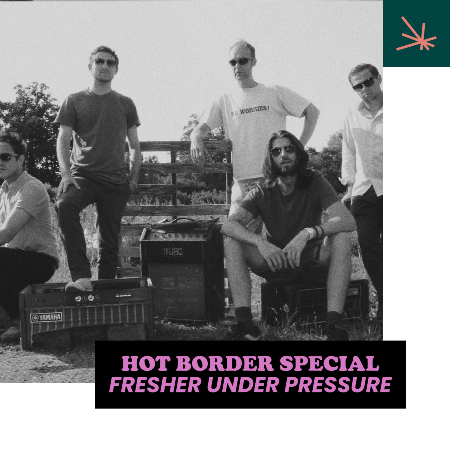