New single ‘The Reverend’ by Dutch funk band The Funkstamatics

A live-in-the-studio jam feel, deep Prestige-style grooves and some of the nastiest Hammond sounds yet on a Funkstamatics release. These are the ingredients of “The Reverend”. Titled after keyboard player Rob Schepens’ long-standing nickname, the track captures the loose-yet-tight feel of The Funkstamatics’ live shows.

Band member Tim says: “With this track we really returned to our early days, over ten years ago, when we were called Euro Cinema. No overdubs, no effects, just four guys jamming in the studio, inspired by the Blue Note/Prestige hammond funk we all love. We’ve been playing the tune live recently and it’s quickly becoming a highlight of the shows. It’s just so much fun to play and I guess that rubs off on the audience!”

“The Reverend” follows up on “Happy Acorn” as the second in a series of digital-only singles the band plans on releasing in the coming months in anticipation of their fourth album, which will be a musical journey from New York in the 60s to Minneapolis in the 80s and back! But that’s the next chapter. For now, just get down to “The Reverend”! 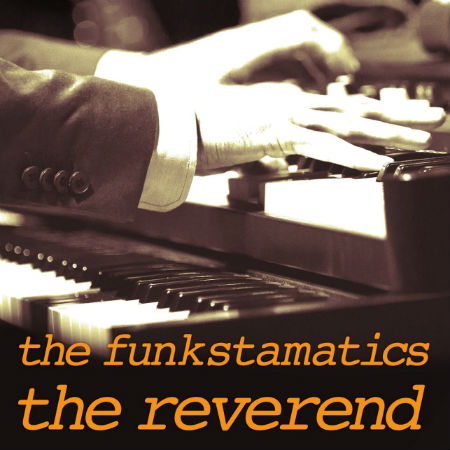