Following the strong impact of their debut album “Midnight Feast Of Jazz” (released in 2011 on Record Kicks from Milan/Italy), guitarist, composer, arranger and producer Nick Pride was determined to take his vision a step further and connect the grit and power of original soul music with the immediacy and joy of a cool, modern pop song. “I was always a fan of amazing pop songwriters like Burt Bacharach and Holland-Dozier-Holland, but on the other hand, being a dedicated musician, I love the raw energy of being on stage with a funk band”. With the Pimptones’ regular rhythm combo, a tight horn section and the additional presence of a soaring string quartet, new album “Rejuiced Phat Shake” is a well-crafted studio work of sleek grooves that fully showcase Nick Pride‘s skill as a songwriter: “I am happy to have a rock solid foundation with my guys, it means we can try all this funky and diverse stuff in the studio, while also being a tight unit on stage”.

“Rejuiced Phat Shake” presents a host of guest vocalists, each chosen for the unique flavour they add to the mix. Like a Stax or Motown compilation of 7inch singles, the Pimptones ‘house band’ remains the solid backbone while passing the microphone around in the studio. “Take Care Of My Love” with Susan Hamilton handling vocal duties is an irresistible uptempo Northern stormer that meets a Motown beat and a cool hook, backed by the soulful pop of “Everything’s Better In The Summertime” sung by Karen Harding on the first single from the album.

With guests like Jess Roberts, one of the UK’s upcoming R&B singers on “Second Hand Wife”, the mighty blues voice and harmonica of Lyndon Anderson on “Walkin’ Out The Door” or Sheffield big sounding 12-piece Renegade Brass Band, there’s no doubt that “Rejuiced Phat Shake” goes all the way when it comes to diversity. “This is exactly where I see The Pimptones“, explains Nick Pride. “I love to write songs with a certain voice or sound in mind. So it makes perfect sense that we record with many different singers. Rather than being limited to one style we love to explore the whole range our genre offers us and that is what keeps us buzzing”.

Out on Légère Recordings via CD / LP / Digital on February 14th 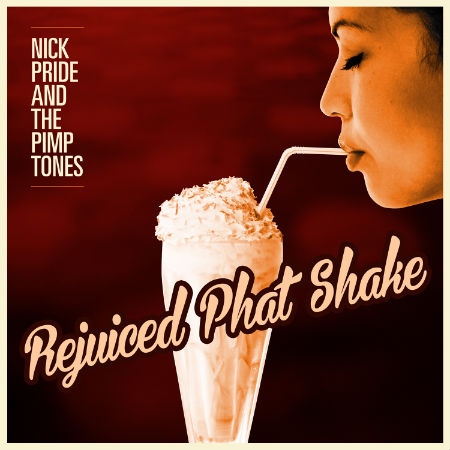