Newcastle’s soul funk powerhouse Nick Pride & The Pimptones make an explosive return with new album “Go Deep”, their second full-length on Légère Recordings. Mixing their trademark jazzy sophistication with a gritty retro sound, “Go Deep” follows on from the band’s instrumental-heavy official debut “Midnight Feast of Jazz” released in 2011 and the diverse “Rejuiced Phat Shake” out in 2014. As always with The Pimptones there’s a heavy dose of funk, but this new album’s personality comes from ten strongly written slices of deep soul music, beautifully delivered by singer Beth Macari.

“I wanted to get back to basics”, says writer and arranger Nick Pride. “My aim was to be as direct as possible from the original inspiration of each song right through to the recording process. I wanted to keep that energy and that magic. We’ve had some great collaborations in the past but this time I kept everything in-house to capture the excitement of the band playing together. You really get that vibe when you hear these recordings.” The result is an album of depth and substance from a band continuing to evolve.

The Pimptones’ sound has always been a profound combination of funky grooves, beefy breaks and blue eyed soul. Slick arrangements and harmonic sophistication delivered with a heavyweight punch crosses over from jazz to keep the dance floor moving. A Pimptones live show kicks off with tight, punchy instrumentals, making way to sweetly crafted soul songs as they are joined on stage by one of many fantastic guest vocalists. However in 2016 the band has flipped the script by taking on sultry soul siren Beth Macari as their full time vocalist. Having first made a guest appearance with the group on “Rejuiced Phat Shake” with an uptempo belter, Beth’s supercharged R&B vocal style is the perfect match for the Pimptones’ deep funk sound. 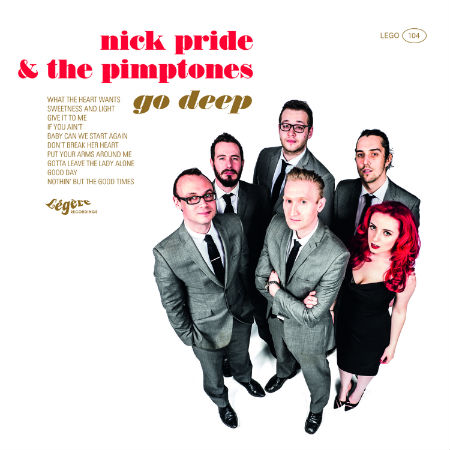