Much awaited album ‘Part Time Millionaire’ by Flevans has landed

Long considered a member of the extended Jalapeno Records family, he’s now filed the necessary paperwork and legally changed his name. Yes, the flirting last year via a couple of blinding singles were no Tinder-esque ‘one -time casual thing’. Its official and we’re both into it 100% – Flevans is back with brand new full-length album “Part Time Millionaire” via Jalapeno Records!

That’s right. Hold the phones and get those jaws back up off the floor. The multi-talented instrumentalist and producer is back with his 5th studio LP and the release sees him furthering his trajectory towards song-led compositions. As you’d expect if you are familiar with this man’s work already – there’s more funk and soul crammed into the record than you can shake a stick at.

But being a wonderfully social chap – he’s also extended a courteous invitation to some of his favorite chums, with the record boasting more collaborations than ever. The amazing soul man Elliott Cole, the pocket rocket Laura Vane (MJ Cole / Cee Lo Green), soul songstress Sarah Scott and gospel powerhouse Izo FitzRoy all lend their considerable vocal talents to the record whilst Flevans does his thing both in front of and behind the mixing desk.

Highlights include the crunchy drums and bouncing guitar funk on “Invisible“, the soulful and stuttering bass-led strutter “It Just Goes“ and Elliott Cole’s heart pouring vocal performance on the modern ‘lighters-in-the-air’ piano ballad “15,000 Words“. Coincidentally those are also the singles… What are the odds of that?

Honestly, the calibre of material Flevans showcases here is so high this list could easily contain any of the album tracks. It’s a well-crafted LP that displays his prowess in both song writing and production alongside a real artistic development away from his earlier sample-based works. His playful character and style from those early years still shine through though in this energetic, fun and consistently interesting listen. 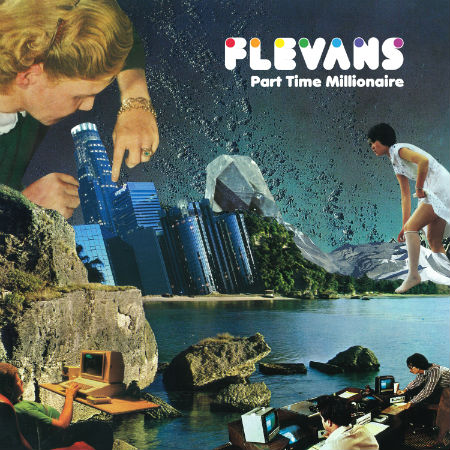