After commandeering the hearts and minds at BBC 6Music and BBC Radio 2 with the party starting singles – “It Just Goes feat. Sarah Scott“ and “Invisible feat. Laura Vane“ talented producer and multi-instrumentalist Flevans is back and showing off a more sensitive side with new soul ballad “15,000 Words feat. Elliott Cole”.

The self-penned and produced track is a beautiful slice of modern soul with a heartfelt top-line from soul man Elliott Cole. The talented Mr. Cole has previously worked alongside high profile artists including Joss Stone, Beverley Knight and Solomon Burke, and even had soul-queen Betty Wright gushing  “Sometimes you just know that an artist has ‘it’.” High praise indeed! But she wasn’t wrong at all and you can hear exactly why he holds this kind of company and why Flevans enlisted him to help out!

These two are an absolute dream team and they show exactly what they can do on this pop-tinged piano-laden delight. It promises to be yet another highlight on the forthcoming Flevans album “Part Time Millionaire” which will also be touching down in mid-March. 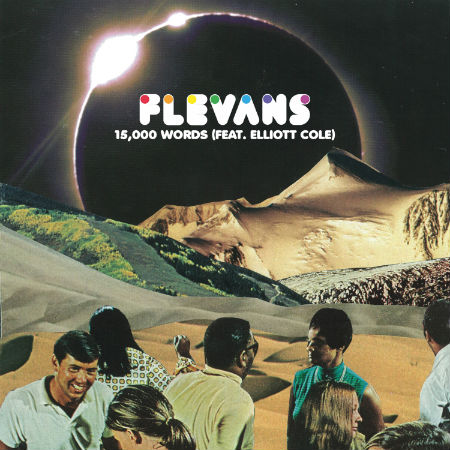