Izo FitzRoy announced herself as one of the most unique voices in the soul scene back in 2017 with her debut LP “Skyline”; a release that catapulted her into the limelight with a unique combination of gospel, blues, funk and soul making up an irresistible musical cocktail.

High profile coverage from BBC, KCRW, FIP, CLASH, UNCUT, Blues & Soul and Indie Shuffle followed and her talents attracted disco royalty Dimitri From Paris, the legendary Shawn Lee and the Mercury prize nominated – Colin Elliott to sign on for producing her new album, “How The Mighty Fall”, a record now receiving the remix treatment (which will be no surprise considering the devastating versatility of THAT voice).

This remix is one for the ages and with very current and relevant lyrical themes around communication and breakdowns.

Izo has previously collaborated with Kraak & Smaak to great effect, and on this single they weigh in again, putting their Dutch downbeat stamp on the heartbreak hit “When The Wires Are Down”. The trio have quite the CV, regularly topping electronic charts with their varied and eclectic output. When armed with a voice that has the power of Izo’s, and a song that could easily become an anthem of the times not much can stop them… 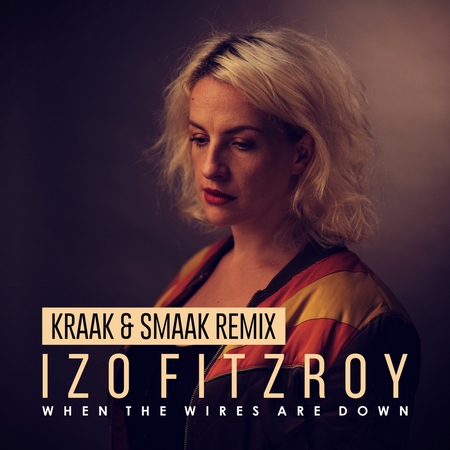