2020 was a difficult time for everybody. For those lucky enough not to be touched by tragedy during the pandemic, the lockdown certainly created a space and time to crack open a book or gorge yourself with music.

Some decided to complicate their lives further with gargantuan tasks, tasks so big they only really existed in concept: that was the case of Neil Innes of ATA. He decided to kill the studio he had spent 14-years building, immerge in a fresh start and renovate it. Once the studio began to take shape again and Neil was finally able to take a breath he began rooting through the label’s archives, pulling out early recordings from the old studio.

In the opening track “Bus Stop Boogie”, The Harmony Society hits with a powerful flute hook-up mantra, advocating the importance of public transport for punctual sexual liaisons. Then comes a precious opportunity to finally own “Bang Bang Boogaloo” by the Joe Tatton Trio on vinyl, a stone-cold latin mover that only came out on 7” and now changes hands for serious money.

Studio favorites Ivan Von Engleberger’s Asteroid follow with “Lunartics”, a moody and breathy psychedelic warning to be aware of the moon, but the chills will go away soon with “Secret Universe” by Earl Dawkins & The Lewis Express, a slamming up-tempo guitar driven jazz track, rich in 70’s grooves and built to get hips twitching.

The Magnificent Tape Band make their first appearance in the compilation with their cinematic instrumental “Heading Towards Catastrophe” and will have you ascend to utter contemplation with the pastoral and choral “When I Saw Your Face”.

The Disarrays are present in two tracks: the wonderful and catchy funk earworm “Help Me” and “Anaesthetise Me”, a mid-tempo vibe in the vein of Betty Davis, both served hot by Fuzzy Jones’ powerful voice, of which there’s also a radio edit rounding off the compilation.

“The Hardest Day” by Mandatory Eight got a real sting in its tail. Starting off as a nice bright, breezy chugger, it descends into dark driving funk, insistent and edgy.

Going back to chilling and disturbing feelings we have The Sorcerers but…surprise! Despite their name the mood is completely different, Arabic-inspired “In Pursuit Of Shai Hulud” is a direct flight to Maghreb.

With ATA’s Early Works Vol.2 we have the confirmation that even old music can be perfect to celebrate a new dawn. 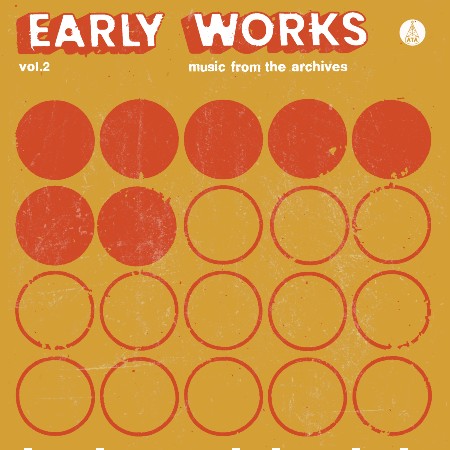