In anticipation of the release of new album “Good Feeling” the first in over 25 years for Jay W. McGee, star of the disco and boogie era in the mid to late 80s, Légère Recordings have launched a limited edition 45 with exclusive remixes of the title track of the full-length.

“Good Feeling” is an uptempo slice of feel-good disco soul, originally composed by Jay W. McGee and produced by Julian “Mzuzu” Romeike and Matthias “Mucka” Morgenroth, also known as The Unbelievable Two, and in this 7″ it gets the remix treatment by North Germany’s disco and boogie expert Cool Million and Hamburg’s disco, afro, salsa and soul DJ and producer Mzuzu.

Out on Légère Recordings via 45 / Digital download on April 10th 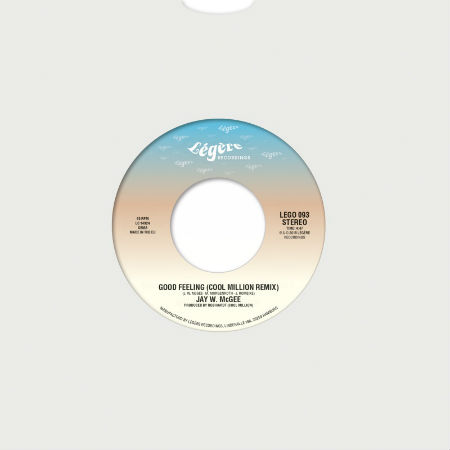