Hot on the heels of their critically praised album “Havana ’58” and with fans worldwide clamoring for more, Bahama Soul Club has now called upon a brilliant range of producers, DJs and artists to put their own personal spin on Bahama‘s latest release. Sifting through the album’s finest moments they worked their magic on selected tracks and rebooted them into pure rhythmic bliss: “The Havana Remixes” is a bright collection of Latin, House, Jazz, Funk, Soul & Disco with a thoroughly modern take on Dancefloor Jazz.

Opener “Muévelo Papi” is a stirring 60s Boogaloo-hip-twist by the mighty Club Des Belugas, while Geordie mate Smoove from Newcastle turns “No Words” into a fusion of Jazz-house and Breakbeat. Opolopo pulls “Dizzy’s Bounce” deeeep into jazzy House while Maestro&Vezzola and Chinchin’s Zouzoulectric vs. Gardener Of Delight both having a diverse view on “Tropicana Flight”, giving it a Disco-Latin-House-Funk treatment. Suonho from Italy jams a more modern Soul-Disco-Funk on “No Words” and amps up the funk quotient on “Muévelo Papi” with a touch of Jazz and a Latin Twist. Rounding off the release is an unexpected Nu-skool Brazilika-brukbeat from Positive Flow aka Jesse Reuben Wilson on “Elegguà” and some solid Latin funky breaks from Jack&Jointz on the rolling “Rumba Fugaz”. 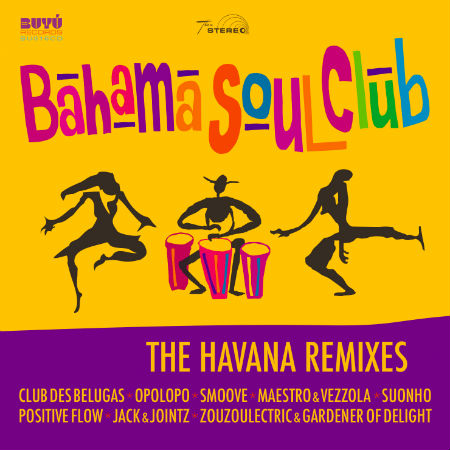