From the USA comes the self-titled debut album from a band with an incredible pedigree: The 7 Day Weekend are acclaimed multi-instrumentalist and producer Alan Evans (co-founder and drummer of soul-funk legends Soulive), and in-demand keyboard player Kris Yunker (Alan Evans Trio / Jen Dunkin & The Business).

The 7 Day Weekend is born from and influenced by the sounds and compositions of 60s and 70s film scores. Evans & Yunker combine their songwriting and production aesthetic to create what they describe as “electrorganic music”. Blending evocative ambient soundscapes with impeccable funk & hip hop-influenced grooves, the duo have put together a luscious collection of instrumentals for their self-titled debut.

From boogie, to jazz-funk, to sultry cinematic sounds,“The 7 Day Weekend” is an album that draws equally from the sonic landscapes of Galt McDermot as it does from those of J-Dilla. Sitting somewhere between concept album and imaginary film score, this full-length eschews the music industry’s current focus on singles, rather it seamlessly flows from the first track to the last, conjuring laid back summer grooves and transporting the listener to the weekend no matter what day of the week it is. 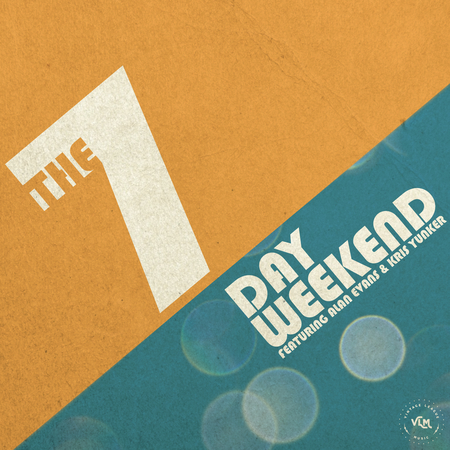