Video & single ‘Power To The Women’ by London Afrobeat Collective

In anticipation of upcoming new album “Humans” dropping later in October, sought-after international touring band London Afrobeat Collective launch first single “Power to the Women“, a hard hitting afro funk bomb with blistering horn lines and a rampant rhythm section.  London Afrobeat Collective carry clear and powerful messages through their music, holding the torch for the original Afrobeat musicians and continuing their mission to fight for political and social change, and “Power to the Women” is a clear example of this.

The nine-strong collective from England, Congo, Italy, France, Argentina and New Zealand combine influences such as Fela Kuti, Parliament Funkadelic and James Brown to create an eclectic sound drawing on funk, jazz, rock, and dub to create something addictive and unique. “Power to The Women” is one of the first tunes they wrote with new lead vocalist Juanita Euka.

Here’s what she had to say about it – ‘This song is mainly about the women of the East Congo that have been used as a weapon of war. Women who have been brutally raped and some killed. This systematic rape as part of a military strategy in a war or conflict is war crime; injustice against one person is injustice against all mankind. It is also for women who are living in underprivileged circumstances, for women that still are discriminated for their gender, and for all the women who are victims of cruelty, trauma, abuse and brutality that have been mistreated in different communities around the world’.

The music video for the single, directed by Mathieu Choinet, perfectly depicts the ideas within the song – that women and young girls from developing countries should receive, and be supported with education. Providing women and girls with access to education is the key to economic and social development. When women and girls are given this access this can not only empower them but also those around them. But we need men and women to be part of the conversation and by empowering women we are working together to get a balance in the world. Where’s the power? “Power to the Women“.

“Power To The Women” out Digitally on Oct. 4th via London Afrobeat Productions 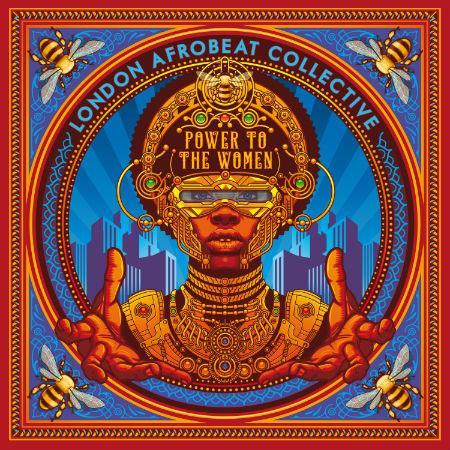