For any funk & soul aficionado who has kept a keen eye and ear on the contemporary scene, the name Alan Evans should definitely ring a bell. A founding member of american funk-jazz trio and Blue Note signing Soulive, for which he has been playing drums and writing songs for over 15 years, Alan Evans is no stranger to a solid groove. So much so that he has found the time to engage in a parallel project, the Alan Evans Trio, aka Ae3, alongside Danny Mayer (Eric Krasno Band) and Kris Yunker (Jen Durkin and the Business).

5 years since their last album, Ae3 are now ready to drop an epic new full-length, “The Wild Root” on July 19th. As a taste of what’s to come, the band release first single “Black Rider”, accompanied by an animated videoclip characterized by vintage comics-style Ben-Day dots. The track lays down a powerful, hook-laden groove about persevering in spite of life’s obstacles by finding your inner strength. Most of these struggles we go though… people on the outside don’t notice or just don’t care. But in finding that inner strength and peace, one becomes a “Black Rider” who navigates the hardships of life with strength, precision and grace, in the shadows, much like a ninja.

Proving Alan Evans is as adept behind the microphone as he is behind the drums, “Black Rider” is the only vocal track on the new album, and thus a perfect choice as the first single. While it showcases the kind of experimental, psychedelic undertones of the whole full-length, in “The Wild Root” you will also find jazzy meanderings, luscious slabs of soul-funk and the kind of tight, driving grooves that have come to be expected from Alan Evans. It took 5 years for a new album from Ae3, but it’ll be worth the wait! 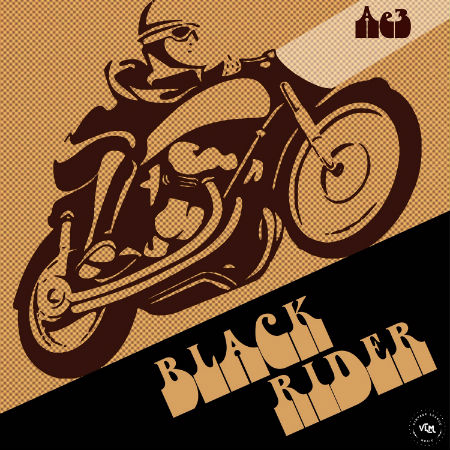