When the third volume of Santa’s Funk & Soul Christmas Party was released in 2015, everybody involved was certain that it would be the final one.  Since the foundation of Tramp Records in 2003, the label has gained a high reputation as one of the very few German reissue labels of obscure funk, soul, and jazz music. 99% of the songs originate from 7″ singles, the small and handy standard-format of the 1960s, which, like Santa’s sleigh magically circling the planet on Christmas Eve, spins at forty-five revolutions per minute on the turntable.

So, what can you expect from this, the fourth volume of a series which had ostensibly been completed after only three volumes? After some seven years of digging across the world wide web with open ears and eyes hoping to find that kind of monster soul or funk track that constituted the hallmark of the previous volumes, the compilers slowly and surprisingly began to see a fourth volume taking shape. Finally, after more than two thousand days, a complete album’s worth of quality tunes had been discovered and secured for release.

Santa’s Funk & Soul Christmas Party Vol. 4 contains a highly diverse selection of obscure Christmas songs. For example, take Bey Ireland’s garage-mod-rocker “All I Want For Christmas Is A Go-Go Girl” is something to get you go-going around the tree! Do you prefer mirror-balls to tinsel? Check out Bill Deal & Pure Pleasure. Too fast? How about the dazzling-melancholic “I Won’t Be Home For Christmas”?

Do you prefer rap music while you wrap presents? Then your choice is going to be Hot & Sassy. Oldschool hip hop at its finest. Every single song has a compelling reason to be included in this extraordinary selection. Not least is the opening track by Sharon Jones & the Dap-Kings. Their contribution represents the soul sound of the 21st century. Charming soul music with sociocritical lyrics, something you rarely find in the current musical landscape.

Even though the selected tracks that the two compilers and their worker elves proudly present on Santa’s Funk & Soul Christmas Party Vol. 4 are unbelievable, they are very real and will be the surprise gift from Santa this season that can be enjoyed year-round! It took seven years to complete, but believe us when we say it was well worth the wait. 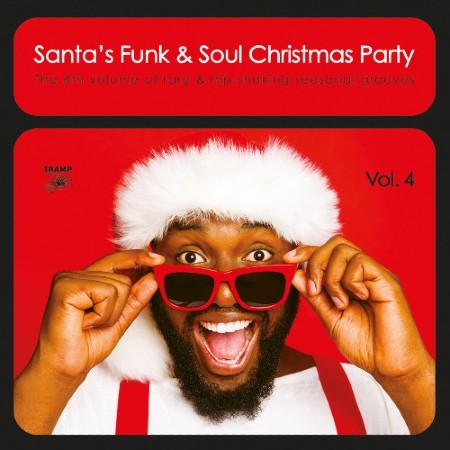