Led by drummer/vocalist Christian Urich, US Soulful House trio Tortured Soul deliver four-on-the-floor beats topped by a Maxwell-like falsetto and poppy hooks. Influenced by such classic artists as Prince, Heatwave and Kool & The Gang, the band now release their third cool, groove-centred album, “Hot For Your Love Tonight”, dedicated to the memory of keyboard player and founding member Ethan White, who passed away suddenly in March at the age of 39.

“Hot For Your Love Tonight” is ripe with the awesomely soulful Tortured Soul signature style that their fans globally have come to adore. Opening with the heartfelt “I’ll Be There For You”, with other highlights including the Deep House flavoured “Don’t Lead Me On” and the seductively catchy album title cut, sandwiched among some Tortured Soul recent stunners including the hot under the collar “Dirty” and the beautiful Disco groove “Can’t Keep Rhythm From A Dancer”.

Tortured Soul have astounded audiences around the world with their performances, playing in top clubs such as Fabric, Cargo, the Jazz Cafe in London, to 15,000-plus crowds at the Montreal Jazz Festival, headlining Southport Weekender and performing at the Big Chill festival, while their recorded oeuvres push the genre boundaries of soul, dance, and pop. From their now-classic early singles to their highly-lauded albums “Introducing” and “Did You Miss Me”, the style of Tortured Soul is both an echo of the past and a challenge to the future, combining elements of old soul and funk with a modern dancefloor sensibility. They have been dubbed the undisputed worldwide leaders in live soulful house music and their productions have received remix treatment from such luminaries as Osunlade, DJ Spinna, Alix Alvarez, Quentin Harris and Dimitri from Paris among others.

After the tragic passing of Keys maestro, Ethan White earlier this year, drummer/vocalist John-Christian Urich (Cooly’s Hot Box) and bassist Jordan Scannella have decided to uphold their live bookings for 2015 and enlist the help of keyboardist Isamu Macgregor. 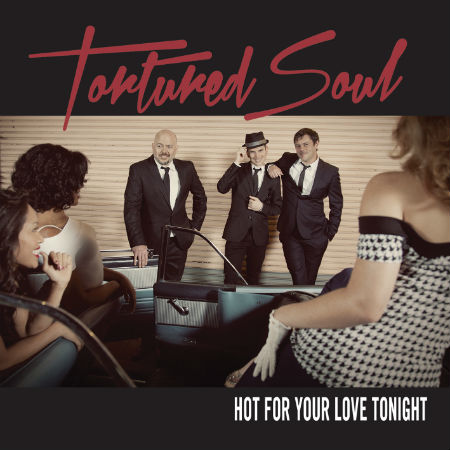