Cult band The Bombay Royale are set for a triumphant return with their third studio masterpiece “Run Kitty Run”. A Retro Bollywood fuelled rampage through psyche-surf, 80s electro-pop and desert rock, “Run Kitty Run” is, like its predecessors, conceived as the soundtrack to a lost film. The music conjures into life a devastated futuristic landscape peopled by robotic horsemen, killer satellites and grinning sadhus. Overlaid with vocals in Hindi, Bengali and English, the resulting soundtrack is one of love and betrayal, hopeless escapes and unlikely salvation.

Recorded between Hope Street Studios in Brunswick and Soundpark Studios in Northcote, “Run Kitty Run” was co-produced by Tristan Ludowyk (The Putbacks, The Cactus Channel) and The Skipper aka Andy Williamson.

With the announcement of the highly anticipated new album, The Bombay Royale also launch a national Australian tour as well as a run of European appearances including Sziget Festival in Hungary on August 11th and Paimpol Festival in Brittany, France on August 13th. 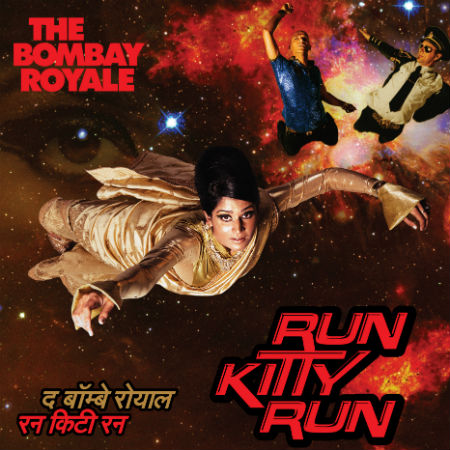