The Bamboos celebrate 21 years together with new album ‘Hard Up’

The Bamboos have refined their craft of finding the sweetest spot between Soul and Funk to the finest point yet on their tenth studio album, Hard Up. It arrives after five singles released over the past year: “Nothing I Wanna Know About”, their infectious cover of Black Box’s “Ride On Time“, the righteous “Power Without Greed”, “While You Sleep feat. Ev Jones” and kicking off in the middle of lockdown with the title track with that earworm whistled chorus.

The album continues their long history of collaborations, with LA-based vocalist Joey Dosik looking towards the light on “It’s All Gonna Be O.K.” and Louisiana-born Durand Jones (of current deep soul faves Durand Jones & The Indications) anticipating when he can just go out and dance with his partner on “If Not Now (Then When)”. But even with guests of that calibre, Kylie Auldist is never outshone on a Bamboos album. Displaying an incredible range and richness with no need for showy vocal gymnastics, she can move from tenderness on torch song “I Just Heard You Leaving”, to carefree sweetness on “The Thing About You” to out-and-out power on “Tomorrow”. Recalling their Deep Funk origins the instrumentalists in the band (which include some of Melbourne’s finest jazz players) get to stretch out on New Orleans-flavoured instrumental “Upwey Funk”.

Overseas reactions to the album are some the strongest the band has received to date, with four star reviews in UK soul bibles Blues & Soul and Echoes, key music magazines in Italy and France – plus they are fast ascending the Triple A radio charts in the US with “If Not Now (Then When)” and “Hard Up”. The latter song also recently appeared in the new US TV series Kenan, starring Saturday Night Live’s Kenan Thompson alongside Don Johnson. The band’s popularity in the US, UK and Europe has remained strong since the mid 2000’s when they were the first Australian soul band to get signed to a key overseas label and to tour.

Most of the album was recorded communally over a week at a sprawling country house just outside the (coincidentally named) town of Lancefield, north of Melbourne. The approach of making an album outside the recording studio, steeped in such legendary tales as The Rolling Stones at Villa Nellcôte or Radiohead’s ‘O.K Computer’ St Catherine’s Court sessions has made it the groups most collaborative yet, solidifying even more their seemingly telepathic musical interplay.

“We had always talked about getting out of town and locking ourselves up in an old house somewhere to make a record” explains Ferguson. “And it just seemed to be the right time to do it. Something different happens musically when everyone is together in the same place and in no hurry to go anywhere else…there’s a real focus. We were recording takes at 3am in the morning, experimenting with whole different approaches to songs, the horn section took over an empty barn to come up with their parts…all of the things you can imagine”.

The band have already managed to hit local stages twice in 2021, first with the full Melbourne Symphony Orchestra re-imagining their catalogue in the show ‘Symphonic Soul’ at the iconic Hamer Hall in March (which will be streamed soon their new MSO.Live platform) and then to a sold out Corner Hotel in April, which was viewed by fans all over the world on their first ever livestream (which is still available to watch for a few more weeks).

The Bamboos influence and impact on what would become the now world-famous Melbourne Soul scene is undeniable, blazing a path and inspiring so many locals to play, record and explore new ideas in Soul, Funk, Jazz and Beats. They sowed the seeds for Melbourne acts now getting worldwide attention such as Hiatus Kaiyote, 30/70 Collective & Allysha Joy, Kaiit, Emma Donovan & The Putbacks, Surprise Chef and even Chet Faker (who was included on the Soul Of Melbourne compilation Ferguson co-compiled in 2012).

As with all previous Bamboos albums, Hard Up was produced by band founder, lead guitarist and songwriter Lance Ferguson, alongside recording engineer/producer John Castle (Jack River, Vance Joy, Gretta Ray, Angie McMahon). Even after more than twenty years performing together The Bamboos once again manage to reinvigorate a classic sound, seamlessly incorporating contemporary influences to create something altogether brand new. Never a band to be hung up on any perceived ideas of authenticity of Soul music, they have managed to appeal to both purist fans of the genre as much as casual music fans by focusing on what’s important: songwriting, groove and powerful vocals. 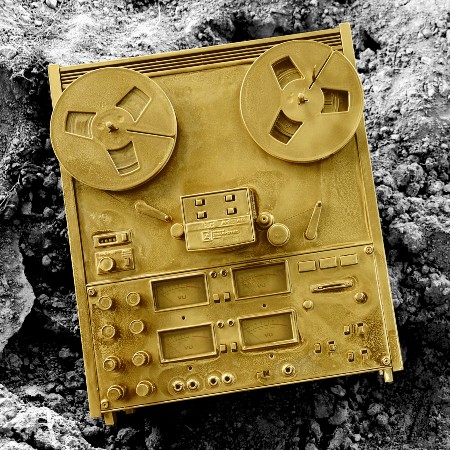