London-based musician PM Warson may be a newcomer but he’s been the name on every vintage soul connoisseur’s lips for a while now. As he prepares to drop his debut album True Story on April 23rd via Légère Recordings, another sneak peak is revealed with “(Don’t) Hold Me Down”, the second single to be extracted from the full-length.

“(Don’t) Hold Me Down” is a slice of Brit-edged Garage R’n’B and Latin Soul with a girl-group chorus that developed as a key extension of PM Warson‘s live sound. Originally released as a privately pressed 7″ in 2019, the 45 sold out in a matter of days and began to spin at clubs from Toronto to Barcelona, its value briefly skyrocketing on collector site Discogs. The song was later picked up by Fred Perry to underscore their ‘Soul Boy’ short film, further establishing PM Warson’s presence on the UK soul scene.

In this new re-recorded album version, “(Don’t) Hold Me Down” still maintains the original version’s flavour while packing an even mightier punch in terms of sound. Dominated by a whiplash guitar line, the purring vocal is offset by the neat girl group harmonies, while groovy horns and whirling piano complete the irresistible picture.

Already tipped by UK soul laureate Craig Charles on his BBC radio show as ‘Big for 2021’ , there’s no doubt that PM Warson‘s debut album True Story is going to make a big splash in the soul scene, mark your calendars! 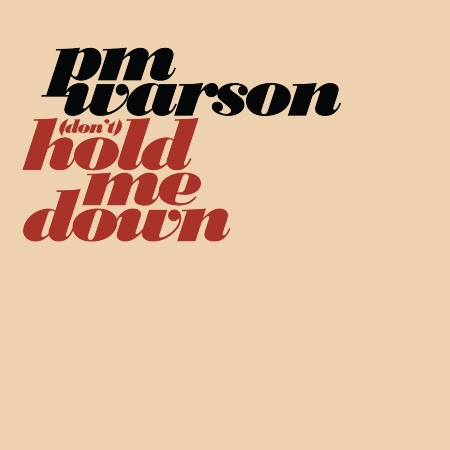