Known as much for her powerhouse vocals as for her songwriting skills, Kat Eaton met long-time collaborator & now partner Nick Atkinson at just 15 in Sheffield. Together they make a powerful co-writing team, making the music very much a collaborative effort between them both.

Speaking on the track Kat says, “Nick and I wrote this track one morning in our flat. It was recorded in Konk Studios in London and features the wonderful Joe Glossop on piano, who Nick and I have been playing with since we were 16. It was a real joy recording this song, especially the outro, which has that great Tedeschi Trucks Band half-swing thing going on with Sebastian Hankins providing such an awesome groove on drums and percussion. We knew we had it in the first take and that’s the take you hear on the record.”

Originally discovered through radio show BBC Introducing in Sheffield, Kat has steadily been making a name for herself over the last few years both in the UK as well as overseas. Her singles “Giving It Up” and “The Joker” earned her strong support from BBC Radio 2, BBC Radio London, as well as NPO Radio 2 in Holland.

Having already toured the UK/EU supporting various artists (Jools Holland, Marc Broussard, The Teskey Brothers, Mama’s Gun), sold out multiple headline shows in London, co-written with the likes of Ruby Turner, Caro Emerald and Andy Platts (Mama’s Gun / Young Gun Silver Fox) and having broken through to new territories via the national radio airwaves of Holland and Belgium, Kat has established herself as one of the hardest working and talented performers in her field. 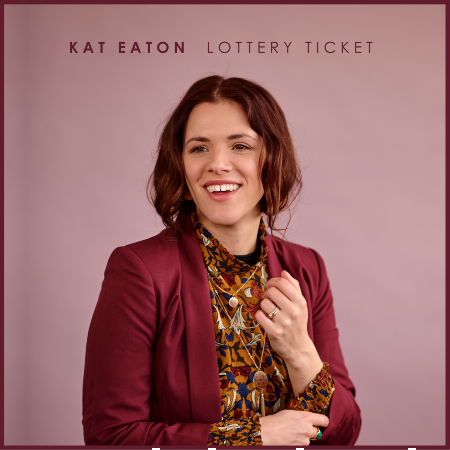