What do you do when you’re caught between a rock and a hard place in your relationship? When your better half seems to know the way out but you’re too scared to leave your quiet island and see and experience new things? Simple, just go with the flow and let her guide you.

And that is the message of the latest single to be extracted from Lugano groove outfit Re:Funk‘s debut album “BorderLine”, released in March. “Let Her Lead” is a soulful midtempo number that features the warm and powerful voice of Ira May, one of two special guests that enrich the tracklist of the band’s debut (the other being funk legend Pee Wee Ellis). Accompanying the single is an exclusive videoclip that portrays a live rendition of the track, recorded during a performance on Swiss-Italian Public Radio Rete Tre back in April. On that occasion the band presented the album with a live showcase and Swiss soul queen Ira May joined them on stage to duet with lead singer Maqs Rossi for the first time ever.

“BorderLine” is a journey into the vast and wonderful world of soul through the eyes and ears of this Swiss-Italian powerhouse, literally born on the southern border of the Alps. The album is is the synthesis of the various heads that make up the core of the band and you can be sure it is just a taste of what’s to come.

The next stop for the band will be at the Porretta Soul Festival in Italy on July the 18th with special guest Pee Wee Ellis.

“To look further, we must stand on the shoulders of the giants who have preceded us”.

“Let Her Lead feat. Ira May” out digitally on June 21st via ReFunk Records 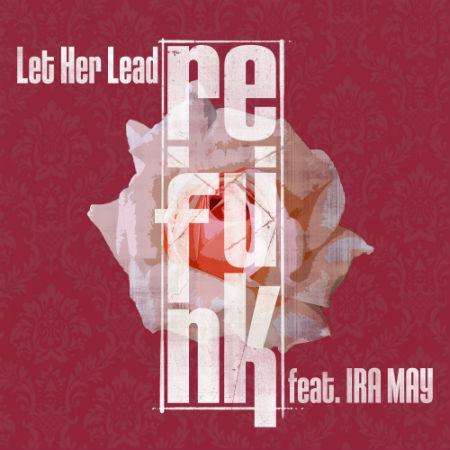