“Metenier… A wiz of the keys in all genres!”

Funk from the heart of Paris: led by French B3 Hammond maestro Guillaume Metenier and featuring an all-star lineup of musicians from the extended Mocambo fam, Pigalle Connection connect the dots between instrumental funk, b-boy breaks and cinematic soundscapes.

Pigalle Connection‘s debut 45 “Paris Breakdown” / “Milano Drive” was released on Mocambo Records in 2015 and featured musical contributions by Shawn Lee, Dr. Lonnie Smith and members of The Mighty Mocambos. Inspired as much by b-girls and b-boys as by crimesploitation scores, this 7″ delivered tough and street-savvy funk breaks with a magnificent French touch, with both the first pressing and the reissue going quickly sold-out.

5 years on from their first release, it’s finally time for Metenier and the boys to drop some new sounds, with a brand new double-sider 45 scheduled for delivery on Mocambo Records this Fall! 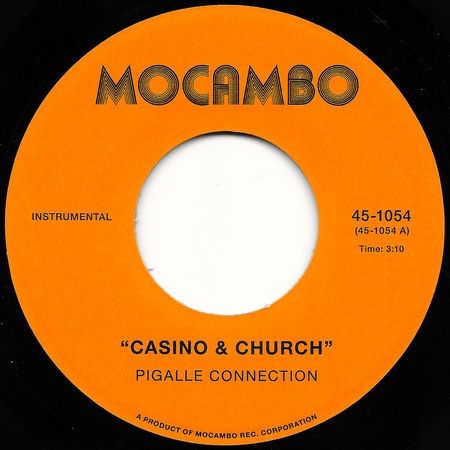