Welcome to the Hamburg of the Hamburg Spinners! This is not the boring giant village we all know. It looks something like this: one half a Soho/London scene from the early 1950s, the other half a Broadway/NYC pedestrian scene circa 1961.

A city like in a comic strip, but in black and white. Adults wearing Macintosh raincoats and smoking, everyone is over 21. There’s music in a restaurant on Pinnasberg, right in front of the harbor: driving, swinging R&B, hard, but also melodic. Keeping a straight face and wearing sunglasses even though it is night, a group of existentialist students from the local art school gather around a pinball machine. Members of the British Occupation Forces sit at the bar, smoking their beloved Senior Service cigarettes. That smells like trouble!

They’re all here to listen to a new beat. On the small stage with a mighty Hammond B3: Carsten M. & The HGs, insiders know them as the Hamburg Spinners! Organ, guitar, bass and drums: the foursome doesn’t need to make an effort to be cool and hot at the same time. The Exis and the British agree. In front of the stage, on the tiny dance floor, Eddie Constantine and Elke Sommer twist, strut, shake and dance the blues.

Wouldn’t that be a perfect setting for the Hamburg Spinners‘ sound? But their debut album “Skorpion Im Stifel” does not only fit into this magical monochromatic world. Carsten ‘Erobique’ Meyer (Hammond B3), Dennis Rux (guitar), David Nesselhauf (bass) and Lucas Kochbeck (drums) managed to write the score for our favorite film that is yet to be shot (set in New York, shot in Spain and in the Bavaria Studios, an Italian-German co-production) as well as the perfect background music for an exciting game of Rummy Cup between your own four walls. Friends of the Remo Four, Ennio Morricone, Jimmy Smith and Stax Records will be spinning on the turntables as they prepare to go out into a crackling Friday night, snap one last look in the mirror and think: “I look good! And if one or the other Hamburg Spinners song is playing in the discotheque later, I’ll see you out on the floor!”

Eddie and Elke leave the bar at dawn. Through the fog, you can make out the soon to be iconic Köhlbrand Bridge, which is still under construction. From the fish market, a sleepy young man walks towards them with a pig on a dog leash. A ‘Hamburg-Süd’ cargo ship arriving from Baltimore slowly moves into the port, with a big box packed with the latest 7inch vinyl singles from distant America on board. A drunken night owl leans against a lantern and thinks: “Is that a scorpion in my boots? Would make a change!”.

Hamburg Spinners‘ debut album “Skorpion Im Stiefel” was recorded live and on analogue equipment at Yeah! Yeah! Yeah! Studios in Hamburg and produced by Dennis Rux. Expect to swing, sway and get carried away by the band’s groovin’ sound! 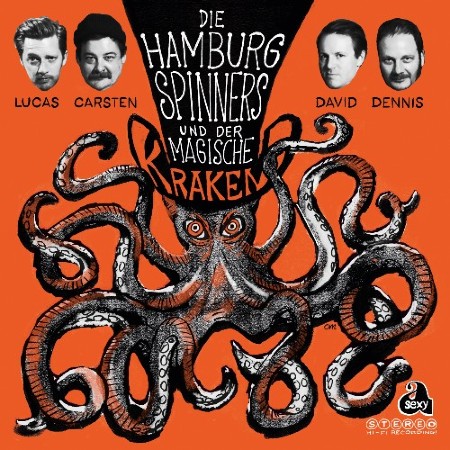 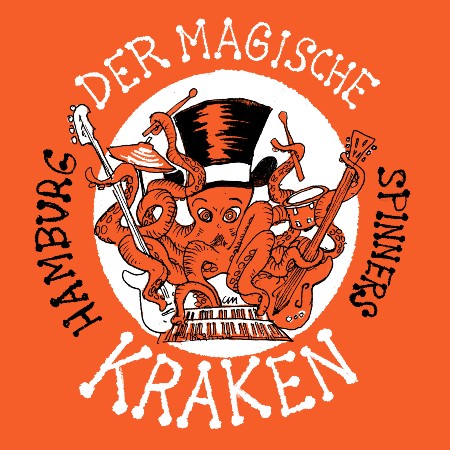 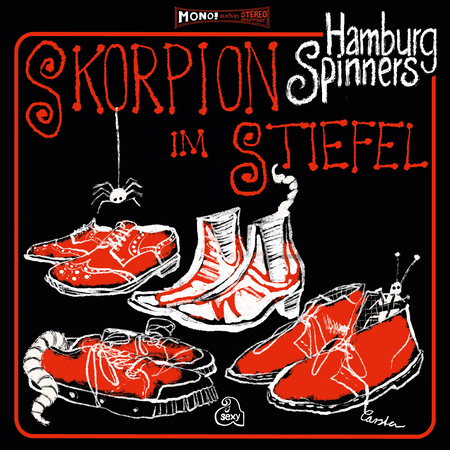 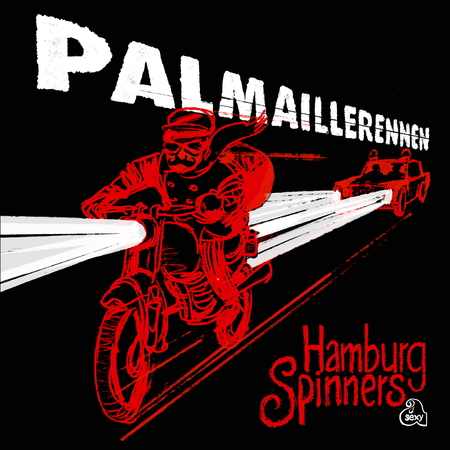