He’s been written about on Clash magazine, has had music featured in a Fred Perry short video and was tipped by UK soul laureate Craig Charles on his BBC Radio show as ‘Big for 2021’, all with just a handful of self-produced singles out. Now that his debut album True Story has finally landed via Légère Recordings, London-based musician PM Warson is ready to show the world why he’s the name on every vintage soul connoisseur’s lips.

True Story is a distillation of what’s come before and perhaps a hint of what’s to come. It takes in the musical sensibilities that PM Warson has absorbed over the course of time and turns them into something absolutely unique. Against a backdrop of club-honed rhythm tunes, there’s blues, jazz and swing, with lashings of girl-group pop and soul. There’s even a Dylan song in there, set against a New Orleans-styled lilt and call-and-response vocals à la The Raelettes.

Entirely self-produced, but perhaps defined by collaboration, the record features stellar playing throughout from an extended combo. It was cut just in time, the final live tracking session last February, just before the global lockdowns started. It was finished in a very different world, with its considerable challenges, a few months later. It’s a testament to perseverance and clarity of vision, and perhaps the notion that truth, sometimes, is in the finding. 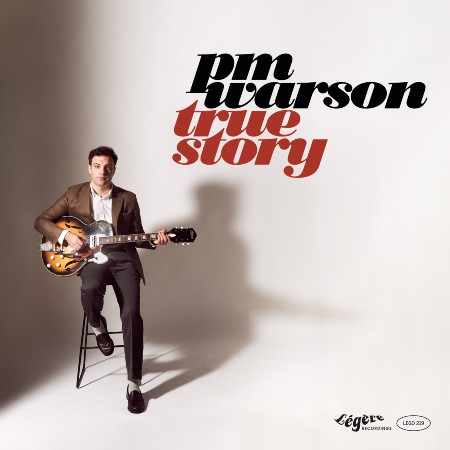