There’s no messin’ from the Soul Messin’ Allstars! As if dropping double-sider 45 “Soul A Go Go“ in October wasn’t enough, they’ve now released a brand new video to the A side featuring the vocals of Josh Teskey from The Teskey Brothers. Premiered by the Sydney Morning Herald, the videoclip features Fortuna Kebede strutting her stuff towards the Soul-A-Go-Go party by way of Brunswick Street and Northside Records.

Penned by Cookin’ On 3 Burners’ Jake Mason along with Mondo Rock’s Eric McCusker, “Soul A Go Go” celebrates Melbourne’s soul scene with a stomping northern soul beat on the A side and a (initially) less busy flip featuring Cara Robinson & The Wolfgramm Sisters swapping horns for piano tinkles and a Wurlitzer. You’ll have trouble picking a favorite though and keep swapping every time you think you’ve worked it out! 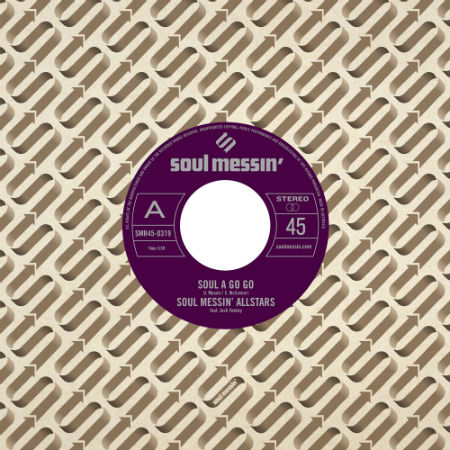