Night Trains, the rare groove and mod vibes outfit with dance sensibilities founded in 1987 by bassist, producer and DJ Hugh Brooker and part of the first wave of acts to sign to Acid Jazz Records, is back with a new single on double-sider 45 via Légère Recordings!

The two sides of this 45 are from very different polarities of musical genres and styles, but still sharing a similar universal message and sentiment. Side A’s “Don’t Want To Know” gives an old John Martyn folk ballad an uptempo positive summery twist, with the magnificent Najwa handling vocal duties. On the flip is “Do Anything You Wanna Do”, a Night Trains rework of the timeless classic by Eddie & The Hot Rods. This tune was originally released digitally via Acid Jazz in 2017 but Légère label boss Helmut loved it so much he wanted it on wax. The track was co-produced by James Johnstone (Pigbag) and features the sublime vocals of Jennie Bellestar (The Belle Stars). The digital release does not include this tune but instead has the instrumental version of A-side’s “Don’t Want To Know”.

Hugh Brooker states: “‘Do Anything You Wanna Do’ made me want to break out of the city many years ago and be in a band (which is exactly what I did!). ‘Don’t Want To Know’ made me question as a young man what is really important in life (which I still do). But it was only very recently that I felt any sort of fool hearted confidence to even possibly attempt my own very different musical spin on both- So it is with great relief that Eddie & The Hot Rods have just given their official thumbs up for our version of their timeless classic ‘Do Anything You Wanna Do’. John Martyn sadly is no longer with us, so I can only but hope that somewhere out there beyond the ‘Solid Air’ he is digging our heartfelt, humble tribute to his fantastic song.” 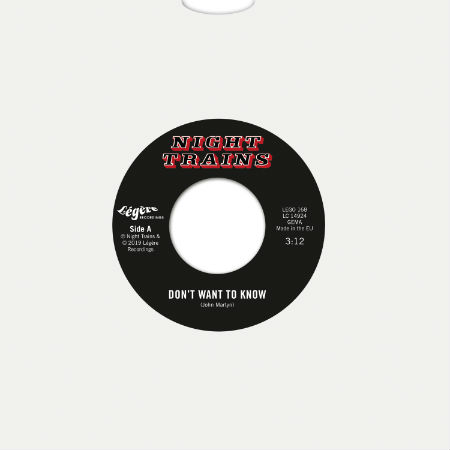