Mixcloud
New full-length ‘Made For Pleasure’ by The New Mastersounds

New full-length ‘Made For Pleasure’ by The New Mastersounds

The New Mastersounds rank among the most preeminent modern soul and funk bands of their time. Having started out in Leeds, UK, the quartet tour the globe regularly, bringing their hard-charging, delectably greasy jams to all corners of the globe, to feed a hungry fan base that stretches from New York City to Tokyo, San Francisco to Amsterdam and all points in between. In 2015, they return with their tenth studio album “Made For Pleasure”, their most sprawling and ambitious record to date.

Recorded in New Orleans, The New Mastersounds high-step through the humidity and heat leaving no soul or funk touchstone unturned. Both the title track and “High & Wide” are drenched in The-Meters-meet-Lee-Dorsey Big Easy funk, while tracks like “Enough Is Enough”, “Joy” and “Just Gotta Run” are firmly rooted in classic soul sister rhythm & blues tradition; think Tina Turner, Ann Peebles, Bettye LaVette. Super-charged by Eddie Roberts’ stinging guitar leads, “Cigar Time” and “Sitting On My Knees” take a decidedly soul-jazz turn, diving headlong into Grant Green grit and groove. Capping off “Made For Pleasure” and further validating its title is a dubbed out reinvention of Iggy Azalea’s smash hit “Fancy” that cleverly turns the pop artist’s ode to materialism into a 21st century stoner anthem with the repurposed refrain, “I’m so irie”.

The New Mastersounds know what feels good and deliver it in spades on their latest long player, and rightfully so, as it was after-all…“Made For Pleasure”. 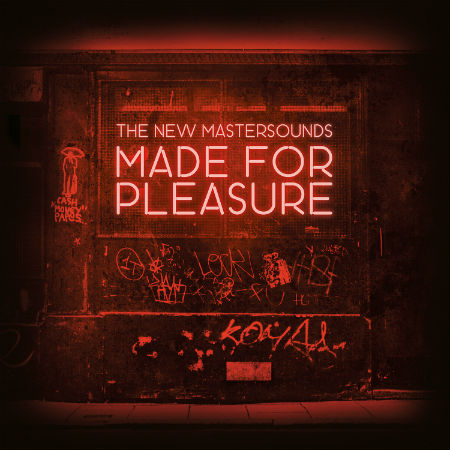