On the heels of critically acclaimed 6th studio album “We Must Fight”, Catalan soulsters The Pepper Pots release their new double-sider 45 “You’ve got the Future” / “Come Back To Me” on Légère Recordings. Both sides provide two solid slices of soul, but while “You’ve Got The Future” is an uptempo rnb groover, “Come Back To Me” is a mellow ballad, highlighting the band’s effortless transition from one mood to the other.

Having been on the scene already 10 years, with various world tours under their belt that have taken them to the United States, Japan, the UK, France, Russia and Germany, and with collaborations with some of the most important artists in the recent history of Soul music (Binky Griptite, Eli ‘Paperboy’ Reed) as well as the past (The Impressions, Maxine Brown), there’s no doubt The Pepper Pots have matured into one of Spain’s slickest retro soul outfits!

Out on Légère Recordings via 45/Digital on October 16th 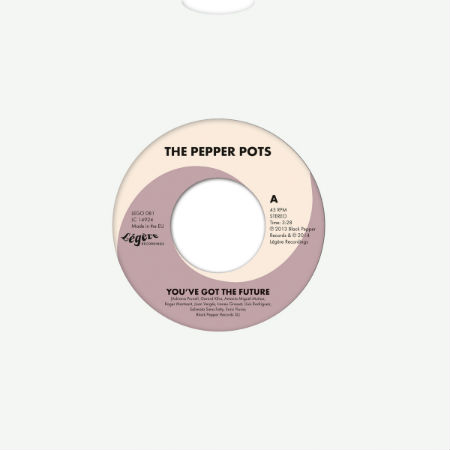