From the quiet tropical suburban back streets of Australia’s 3rd largest city (Brisbane) comes a young all instrumental ensemble called Kerbside Collection, who on their debut album “Mind The Curb” create a captivating mixture of some forgotten rare groove sounds – good times instrumental jazz funk with a touch of soul.

In May 2011, directly after devastating floods freakishly ripped through their hometown of Brisbane, the ensemble went to record their debut album “Mind The Curb” in Melbourne with Jake Mason (Cookin’ On 3 Burners). 8 songs were recorded/mixed/pre-mastered in 4 days, on vintage, analogue gear and onto warm tape. The songs were tracked the old classic way – all members in one room playing together, with instruments bleeding into other instrument mics and amps (and no ‘click’!) to capture a full and lively sound from the players. In November (later that same year) they released a self funded, limited edition 7” featuring their gritty ‘b-boy’ funk version of Dizzy Gillespie‘s “A Night in Tunisia”, and “Jelly Belly”, a snappy jazz funk kicker generating worldwide support

After searching around for a home, “Mind the Curb” is now being released on Légère Recordings. As well as the “A Night in Tunisia” rework, tracks include a grittier jazz funk interpretation of a George Benson rarity (“P Park”), a little skankin’ jazz/reggae number called “Red Stripe” (think Jackie Mittoo meets Earnest Ranglin, also out as a limited edition 7inch single), a frenetic uptempo JBs style shaker (“Cat Whip”), a cool jazz dance cover of a Coltrane classic (“Impressions”), and even a low slung soul jazz number (“41 Bernhard”) featuring the sweet sounds of Anton Delecca from The Bamboos on flute. 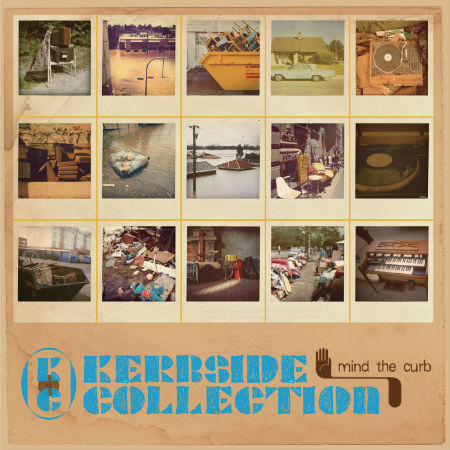