With Bebo Best & the Super Lounge Orchestra‘s new album “JazzMamba” the music is as sophisticated as it is great fun. Bossa nu-funk meets jazz and soul, enriched this time by a dance house touch. The sound of the band’s successful 2nd album “D’Jazzonga” is back!

Bebo Best & S.L.O. know how to work tight riffs and melodies that are groovy, warm and deep. The album is full of references to latin-swing music, like in title track “JazzMamba”, a retro ’60’ feel, as in the “Heroes” cover. They do not lack elements of jazz, as in “Blues Vibe“, dedicated to Brenda Boykin, whom Bebo produced in previous album “All the time in the world” featuring James Taylor on Hammond organ. “Ocean 14“, well that could come straight from a Soderbergh film, and slow “The Cuban Jazz Song” has the influence of Cuban, African and Nu-Jazz music.

“JazzMamba” is a latin jazz funk workout that is proudly retro and vibrantly soul-house alive, thanks to the new collaboration with the Top Charts producer P. Visnadi (who was on the UK, US, AUSTRALIA top ten with projects like Livin’ Joy, Alex Party), and with DJ Robert Passera, who has had huge success with “I Was A Yeye Girl“, by Doing Time.

Rather than faking it with pseudo-funky or just half-sampled computerized beats, Bebo Best & S.L.O. play drums, bass, Hammond, sax, trumpet and electric guitar serves up rich, authentic rhythms and solos, and challenging anyone to hold the foot on the floor!

“JazzMamba” out on CD / Digi on October 7th via Chinchin Records 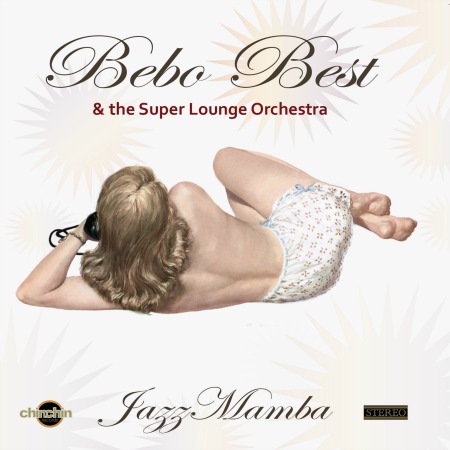