A little more than a year after the release of his firebrand “Mesquite Beat” / “Justice” single on Tramp, US musician Lucky Brown offers us another glimpse into the sound and concept of his upcoming album “Mesquite Suite” with new double-sider 45 “Bout To Blow” / “Saints & Beggars”.

“Bout To Blow” is an exclusive of this 7″ single, remaining uncompiled in the upcoming “Mesquite Suite” album, and is a specimen of the generic deep funk that lit a fire in Lucky‘s heart more than 20 years ago. The use of the word generic here is not meant to be derogatory. Rather, it is to transmit the sense that this tune falls squarely within the confines of the so-called deep funk canon. “Bout to Blow” offers classic dancefloor essentials: driving bassline, hard drum beat, chanky guitar, and outrageously distorted horns fiercely executing a devastatingly primitive horn line.

On the flip, “Saints & Beggars” is a rustic pentatonic horn-led 6/8 anthem that builds upon a simple primitive melody assembled from two opposing figures set against two repeating figures. Brown conceived the motif while in meditation in a yoga-turned-composition studio in San Marcos, Texas. He later delicately draped the parts around it like woodsmoke. The overall effect of the composition is one of economy and restraint – nothing could be added or taken away. The horns, guitar and vintage electric combo organ begin in unison and then the figure brazenly explodes like a flock of white winged doves from a pecan tree in humid dusk. The tune is drenched in shitty reverb which engenders a mysterious dimension begging the record diggers’ favorite questions: “…when is this from?”, “…where is this from?”.

It has been Lucky Brown‘s aim to paint for the world a picture of the vernacular jazz that America’s neighborhoods once crafted as their own homegrown cultural heritage. Lucky Brown‘s music is a rejection of the elitism, classism, and status of the music industrial complex and is an antitoxin to it’s resultant homogeneity. He wants with his heart and his art to transmit an everyday people’s sound, made by everyday people, dedicated to the uplifting of all. 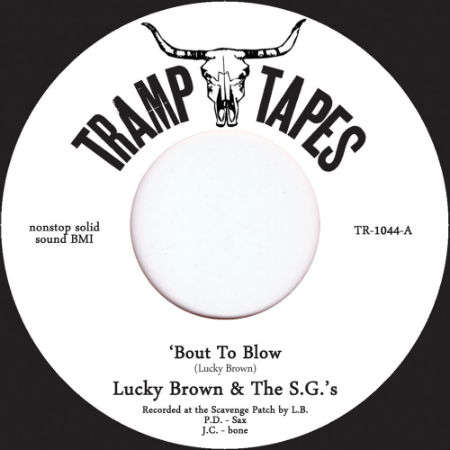