He’s now taken that same approach even further with his latest studio album “Accumulate” out at the beginning of May 2020.

The title came around from the repeated mantra of ‘speculate to accumulate’ (which loosely translates as roll the dice, have a gamble) that kept cropping up during an in-depth recording process that saw Flevans drop everything to completely commit all his focus to the project and to push his sound in new directions.

And it proved an appropriate one, as when the fruits of his labour became fully formed it was clear there was a much more varied sonic palette than any previous work. Gathering up all his favourite styles – funk, soul, disco, house, quirky pop and cinematic sounds, Flevans has created an album that draws from all but is still undeniably his own.

Working with a crack team of collaborators he’s served up another absolute gem of a record that is more lyrical than any of his work before. One of the stars of the last album – Laura Vane (MJ Cole, Cee Lo Green) returns to the fold to front four tracks with her versatile and powerful vocal.

Label mate, Smoove & Turrell front man, and all–round Geordie extraordinaire John Turrell of Smoove & Turrell also gets to flex his tones on the wonderfully upbeat northern soul gem “Silly Games”. Plus there are two unique cuts with the mysterious Scooby Jones, a man who has worked and toured with acts as diverse as Ed Sheeran, The Black Eyed Peas, Craig David and more.

And, for the fans that go way back, there’s a couple of classic dancefloor-ready Flevans instrumentals in there for good measure. Really, there’s no gamble here, just another killer LP – Flevans has speculated, so you can accumulate! 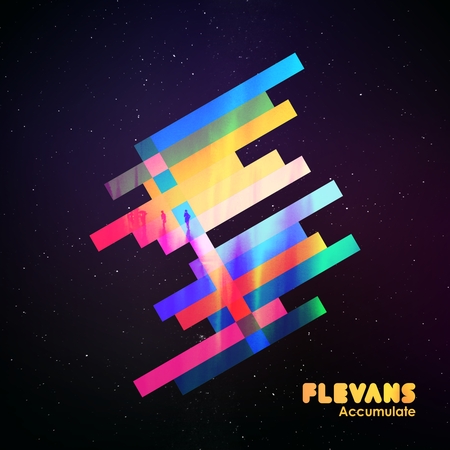