Jahrukus are a soulful roots-reggae collective, active on the Melbourne club scene circa 2005. Their sole recorded output, their self-titled CD released in 2008, sold out a limited run direct to fans at shows. For the first time, two incredible recordings from the album get a much overdue remaster and vinyl release courtesy of Soul Messin’ Records, Australia’s home of soul, roots and jazz.

The A side sees Jahrukus pay respect to the late great David Bowie with the world’s first reggae inspired cut of 1980 classic “Ashes to Ashes”. Recorded above a smash repairs shop in the south of Melbourne between 1-5am (after gigs but before the shop opened), the idea to take on a cover song was premised by a fan at a live shows who said ‘this band is so good you could re-work any song into a reggae jam’. 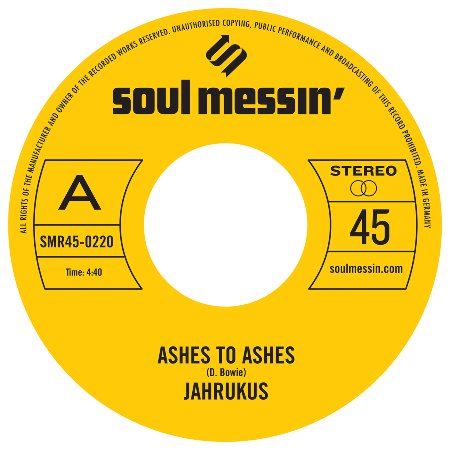