Ederlezi are UK based duo David Page and Hannah Nicholson. Boat dwellers who live aboard their beloved Dutch Barge EDERLEZI, cruising the rivers whilst writing, playing and producing music with a particularly distinguishable sound.

Their brand new single “Buried Words” is released October 28th, offering another example of the beautiful and powerful music they have been creating over the past year.

The band comment: ” ‘Buried Words’ was written as a protest song about civil unrest and as a call for social justice. Armed with a pen and our voices we wrote it as a show of solidarity in the early days of the pandemic. We feel it resonates strongly still, perhaps even more so considering the daily life struggles facing so many people all over the world today.”

Inspired by the songwriting styles of the 1960s, including the likes of Scott Walker, Jackson Browne & Joni Mitchell, Ederlezi call on the production values of guitar-based Rock n roll of the 50s & the psychedelic 60s for their inspired and original sound.

“Buried Words” highlights the band’s unique ability to conjure powerful and emotional music which also carries a strong story and a complex soundscape. Considering the emotive nature of these recordings, it is perhaps unsurprising that Ederlezi’s music is grabbing attention in the film/TV world with some significant placements on the horizon.

Ederlezi’s music seeks to capture that indefinable ‘something that resounds in the stories of lives lived with passion, anger and civil unrest; the search for something beyond commodities and commerce. “Buried Words” portrays this intent wide-eyed and for all to hear.

“Buried Words” out digitally on November 28th 2022 via Candelion 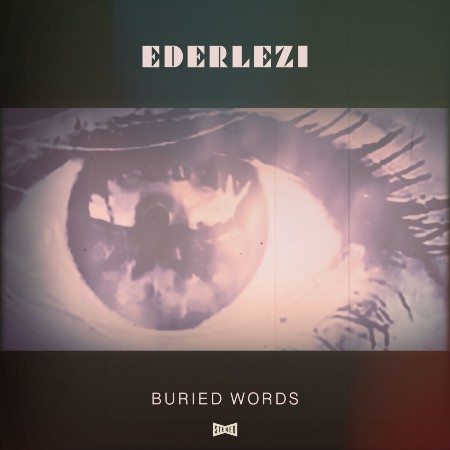