The lineup is composed of twin brothers J-M Sutcliffe (guitars & vocals) and J-P Sutcliffe (drums, vocals, keys & percussion), joined by Lorenzo Bassignani (bass) and Matt Dibble (keys, vocals, sax & clarinet). All four members are recognized as some of the UK’s top musicians, most of them multi-instrumentalists offering more than one musical contribution to their band recordings, including rotating lead vocalists.

Following on from two very well-received singles in 2020, “Kool Funk” and “Open Line to Me” which were heavily supported by the BBC and tastemaking media around UK and Europe; Super db released “Wait For Me” on May 7th 2021 working for the first time with an array of successful independent labels including Légère Recordings (GSA), Go Entertainment (Benelux), and P-Vine Records (Japan).

Ecoute Ca as a record, pays homage to the 70s and 80s West-coast Yacht-rock music, along with a joyful synthesis of the band’s varied song-writing approaches.The sound encompasses funky bass lines, riffing guitars, smooth sax, and a unique blend of vocal harmonies offering a delicious combination of the familiar and fresh all rolled into one. Ecoute Ca is a collection of songs that will provide a feel good, joyful soundtrack to the most needed summer vibes the world has ever wanted for!

In May 2021, Super db sadly announced the untimely & sudden death of their much-loved founding member, Matt Dibble. In Matt’s honour, the remaining band members continue to be dedicated to sharing & promoting the music they made together and vitally shall maintain the positive vibes and lust for life that Matt always brought to the project and life in general. Ecoute Ca represents everything that 4 piece loved to create as a unit and its release is now as significant as ever. 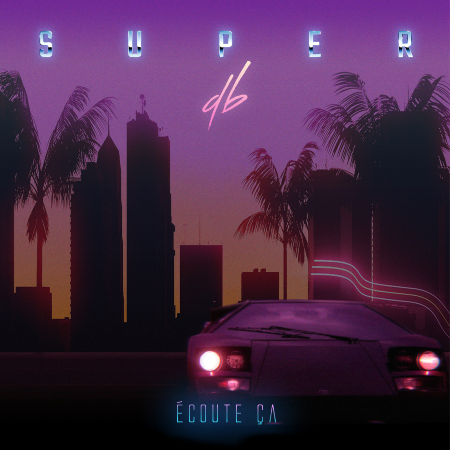