Bart & The Bedazzled return with a brand new AA-side 45 with the highlife-vibed-plaintive pop of “People Person” and the layered “Cardboard Man”, featuring the gorgeous guest vocals of Earth Girl Helen Brown.

LA’s northeast side is home to a dizzying number of independent artists and bands. One of the scene’s most distinctive sounds emanates from Bart & The Bedazzled, a collaborative group led by talented songwriter Bart Davenport. After debuting in 2018 with the Blue Motel album Bart reconnects with the stellar musicians that make up the Bedazzled for two exclusive new songs of, what he terms, “world dance pop meets 80s indie”.

With these new tracks The Bedazzled usher in a new phase, adding a small dose of drum machinery to the mix, resulting in an uplifting, danceable endeavour. On top of this, hand played congas and shakers blend with ultra clean guitars to form a rich context for Bart Davenport’s patented, smooth vocal. Newcomer band member and producer Nic Hessler (Catwalk, Captured Tracks) fits these pieces together in seamless mixes that showcase the group’s most collaborative effort to date.

“People Person” celebrates the collective human experience, while subtly acknowledging that people often are “the worst”. It’s an upbeat ode to a beautiful world that sadly may never be saved. Meanwhile, the semi-fictional “Cardboard Man” critiques a society desperate for truth and a way out of dark times only to find omnipresent, puppet-like heroes offering nothing real. Featuring guest singer Heidi Alexander aka Earth Girl Helen Brown her distinctive tone and phrasing add a much needed weirdo energy to a decidedly consonant pop track.

It comes as no surprise the group has gravitated towards world-dance-ish sounds. Andrés Renteria is an accomplished crate-digger and DJ, as is bassist Jessica Espeleta. She kicks off “People Person” with a dubby bass line, setting the stage for Wayne Faler’s African highlife inspired guitars. It’s still Bart & The Bedazzled, but this time they come with a sound somewhat reminiscent of ’80s bands that also incorporated international flavors, such as the post Young Marble Giants project Weekend or French electro-obscuros Antena. Like those bands, Bart & The Bedazzled have a wide range of influences and the artistic intention to make something contemporary with them. Above all, they’re a group of friends who enjoy the creative process together. For them, the journey is as important as the finished work.

“People Person” out on 45 / digitally on Nov. 16th via Lovemonk Records 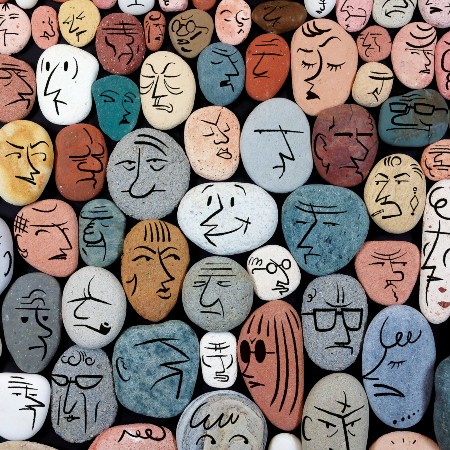