On his new single “Lonely Town”, Joel Sarakula brings some psychedelic flourishes to a downtown disco jam. Accompanied by 70s-inspired analog-synth lines, female backing vocals reminiscent of Chic and a tight rhythm section, Joel presents a futuristic, dystopian city scene where citizens are completely beholden to their screens and their jobs … sounds familiar?

But it’s not all doom and gloom to a disco beat as he ultimately offers the listener the salvation of the impassioned chorus line ‘Tonight I’ll take my chance to hide away before they digitise my life away from me’. And while he gently introduces sequenced synth patterns, synthesized drum sounds and colder textures, “Lonely Town” still sits comfortably in Joel Sarakula‘s warm, soulful sonic world.

Originally from Sydney, Australia and having spent the last 10 years in London Joel Sarakula now calls the Canary Islands home. ‘I’ve spent my life moving to smaller and smaller islands’ he jokes. Sarakula has been developing and indulging his soulful, soft-rock and disco-influenced vision over his previous albums Love Club and Companionship but his arrival in Las Palmas de Gran Canaria in late 2020 has brought him full circle. While his music has previously had a sun-drenched, summery and occasionally tropical feel he now literally lives in the sunny tropics.

‘Lonely Town’ out digitally on November 11th 2022 via Légère Recordings 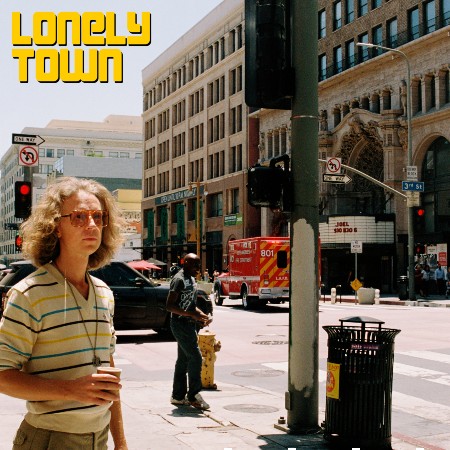