With the release of their first two albums and live shows supporting Snarky Puppy, Roy Ayers, Marcus Miller, Larry Mizell & the Blackbyrds, Butcher Brown, Yellowjackets and more, Resolution 88 have already established themselves as one of the UK’s leading exponents of funk jazz. Their music is synonymous with the silky, buttery sound of the Fender Rhodes. They’re also a bona fide band, a refreshing change in a musical world increasingly occupied by online collaborations and viral videos. They’re best mates who love to hang out, play together and make their own music – that sincerity is evident in their songs and their chemistry on stage.

Every track on “Revolutions” represents an aspect of music on vinyl. On “Pitching Up” you hear the DJ pitch the record up from 33rpm to 45rpm. “Out Of Sync” simulates a clumsy attempt at beat matching. The hypnotic, circling sax line that opens the title track “Revolutions” (echoed by the strings at the end) evokes the mesmerizing sensation of watching the record label artwork whirling as it spins on the platter. “Runout Groove” fades in and out; the drumbeat mimics the distinctive, perpetual rhythm tapped out by the stylus as it reaches the runout groove. On the second side, “Sample Hunter” unexpectedly deviates from the main section into Rhodes-drenched interludes; the type of moment that producers searched high and low for back when hip hop was great. Marcus Tenney’s (Butcher Brown) lyrics on “Dig Deep” are all about the thrill of digging for records and “Matrix” is inspired by the hidden messages sometimes left in the matrix markings on record pressings. On “Tracking Force”, you can hear the beat twist and morph as the stylus skates over the record. Finally, “Warped Memories” closes out the album with a wistful, melancholy melody. Sit back with a glass of Japanese whisky and a Cuban cigar (or whatever your chosen poison is), stick the album on and enjoy it from start to finish – although if you’re listening to it on vinyl, you’ll need to get up to turn it over to the B-side. 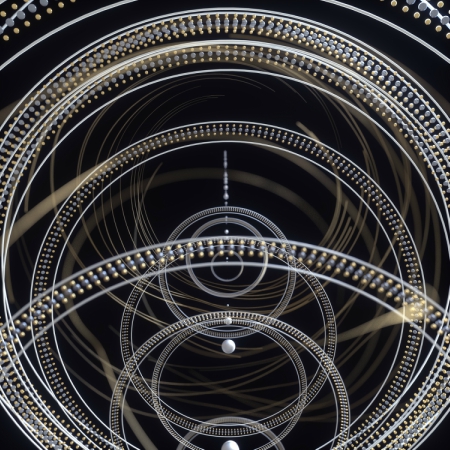