Based in Birmingham, Alabama, american singer-songwriter Gabriel Tajeu grew up with an eclectic range of sounds and influences. Inspired by great names of soul such as Stevie Wonder, Al Green and Marvin Gaye, but also contemporary artists such as Ben Harper, John Mayer and D’Angelo, it is only natural that Gabriel would learn from their lyrical sensibility and incorporate many elements of their songwriting into his own music, while yet staying true to his own voice as an artist.

In 2013 Gabriel Tajeu released his first album, “Finding My Way”, which reached #11 on the iTunes Japan R&B chart. His follow-up, “Southern Skies”, was recorded at the legendary FAME Recording Studios in Muscle Shoals, Alabama and came out in 2016. Gabriel’s music is honest, raw at times, polished at other times, full of tension and at the same time love.  His style falls in a distinct niche that is too unique for mainstream radio but too interesting to keep under the radar.

In 2017 Gabriel is ready to launch new full-length “An Introduction to Gabriel Tajeu”, which will present a combination of tracks from his first two records, in addition to several acoustic versions of his songs.  The result is a luminous indie album that uses army-like ferocity. While floating through a constellation of relaxed styles and sounds, Tajeu acts like a master of all trades while playing host to rhythmic soul. 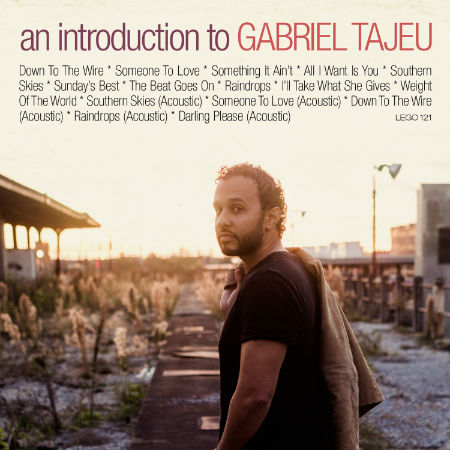