Gizelle Smith returns with a dramatic double A-side that fulfils two huge Artistic objectives: to document and express the emotion and events of society from whence it came, whilst pushing musical boundaries. It is the second single from her upcoming album Revealing, due for release in May.

Born and raised in Manchester, with a multicultural upbringing steeped in soulful music, Gizelle was destined to follow in the footsteps of her father, Joe Smith, the former guitarist, musical director and songwriter for Motown stalwarts The Four Tops. She has always been regarded as a funk and soul artist and even gained the nickname ‘The Golden Girl of Funk’ after extensive touring across Europe, off the back of her first album This Is Gizelle Smith and the Mighty Mocambos, a selection of gritty deep-funk tracks with the Hamburg funk outfit. Her follow-up, Ruthless Day, was released nearly a decade later, also rooted in the sounds of soul ingrained in her musical DNA.

But without change, there is no progression, and being stagnant has never been an option for Gizelle Smith. On her third album, Revealing, the singer has mostly abandoned the usual referencing of her own experiences and instead hits hard with powerfully observational narratives. The music too, has evolved from the customary funk/soul instrumentation and reveals to her listeners, new depth and sonic complexities. This departure from emotional musings is a common thread that tie the tracks on Revealing together, born from the sudden numbness that overcame Smith after learning about the death of her father during one of her recording sessions. She admits it made for a very different album to the one she had initially had plans for as she embraced a new-found creative vernacular, born from her loss. In her own words “I had an album worth of songs, which I could no longer access from an emotional point of view, so they had to be rewritten”.

“Better Remember” and “Miss World” open an aggressive socio-cultural dialogue, inviting the listener to evaluate their stance on global and societal issues, and are wrapped in two very strong, yet widely differing soundscapes. Part serious, part tongue-in-cheek, “Miss World” is a stormy, dramatic, theatrical opus, whilst “Better Remember” features electronic sparseness with house-style drops. Both are narrated from the point of view of our beloved planet Earth, to which Gizelle states “These are topics which – regardless of whether you agree with them or not, are currently some of the most topical talk points. They’re important discussions for our future, fun to deliberate and easy to venture deep into, as they invoke a lot of passion. But it’s important for the listener to know I personally am not finger pointing or shaming… the Earth rightly does that job and the Earth will always win the argument. Over the years, I feel like my lyrics especially have become more meaningful and they are particularly important on this album”. And so she presents them, utilizing a range of vocal colors which are testament to Gizelle Smith‘s ever-expanding creative pallet and proving she is a true artist. So brace yourselves: unavoidably thorny questions, a plenty! 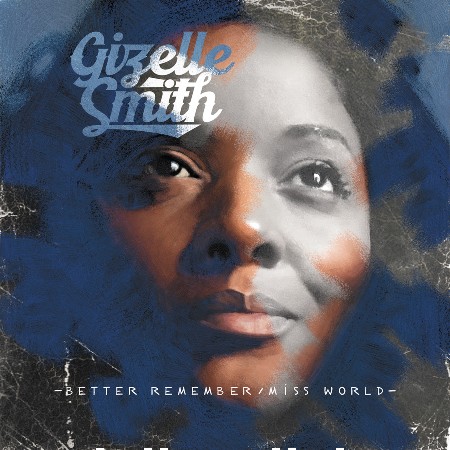