Without change, there is no progression, and being stagnant has never been an option for Gizelle Smith. On her third album, Revealing, the singer flexes her newfound artistic freedom, moving past the creative limits that have kept her pigeonholed as a soul and funk artist for too long.

Born and raised in Manchester, with a multicultural upbringing steeped in soulful music, Gizelle was destined to follow in the footsteps of her father, Joe Smith, the former guitarist, musical director and songwriter for Motown stalwarts The Four Tops. She took up singing at a young age, and in 2009, cut her first album of gritty deep funk tunes with the Mighty Mocambos in Hamburg, Germany, followed by extensive touring throughout Europe. Her follow-up, Ruthless Day, was released nearly a decade later, also rooted in the sounds of soul ingrained in her musical DNA.

For her latest effort, Gizelle could have played it safe and recorded just another soul album. But in a tragic twist, the course of her future was altered forever by her father’s death in 2019, which prompted a total creative reset. “I was pretty much emotionless towards music in general and I had lost all sense of direction with my own artistry,” Gizelle says of her darkest hour. “My whole identity as a song-writer and musician vanished into the ether with my dad, like a cord had been severed.” Unable to focus on the material she had already been working on, she decided to start from scratch, “because regardless of what was happening in my life, an album needed to be written.” Hunkering down in New York City with her producer Steffen Wagner and her fiance, bassist Joseph Sam, she embarked on a 10-day writing spree.

The nine tunes emerging from this session represent a unique combination of R&B and funk, but the singer doesn’t shy away from experimenting with pop and rock stylings. With her impressive yet restrainedly candid voice, laced with a combination of coolness and sensitivity that’s near impossible to mimic, Gizelle communicates authenticity, a completely fraught concept and one absolutely central to her art. In many ways, Revealing is a testament to Gizelle’s musical growth, personal freedom and maturity.

It also draws attention to her writing talents. When songwriters talk about life-altering experiences, they often do so in exaggerated tones. But Gizelle’s songs don’t come off overstated, they are grounded and relatable. Take the opener “Agony Road” an almost therapeutic exercise in dealing with the seven stages of grief. Or take “Better Remember (They’re Controlling You)”, which addresses social conditioning. “Three Tiny Seeds” is a testament to self love and spiritual growth, and “The Girl Who Cried Slow” serves as an inspirational hymn for personal fulfillment. “Over the years, I feel like my lyrics especially have become more meaningful and they are particularly important on this album”, Gizelle says of her writing.

Viewed in the context of her evolving sound, Revealing is more of a logical continuation of Gizelle’s music, not a radical departure from her background in soul and funk. For connoisseurs of Aretha Franklin or Lyn Collins, there’s still plenty to love here, as long as you’re allowing Gizelle to take you with her on her new path. “I have such a plethora of beautiful influences, I just want to channel and express myself in any musical way I want, across musical landscapes that I choose”, she explains.

With Revealing, Gizelle Smith reveals herself. This is what freedom sounds like. 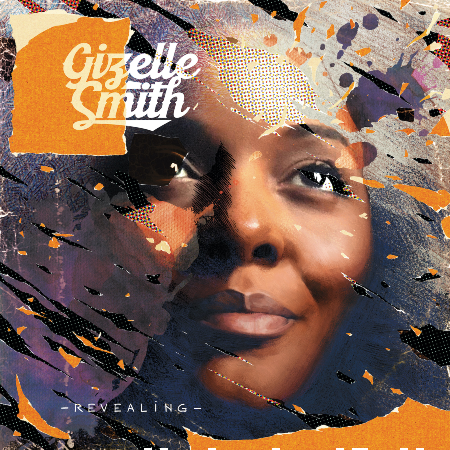