Mixcloud
Gemma & The Travellers’ debut album ‘Too Many Rules & Games’

Gemma & The Travellers’ debut album ‘Too Many Rules & Games’

Debut album “Too Many Rules & Games” by Gemma & the Travellers gives a nod to early deep soul, r&b, northern soul and 60s funk but with a refreshing twist thanks to the band’s unique talent for songwriting. Contrary to the Motown model where the singer is rarely the songwriter, Gemma M. writes all of her songs with the help of guitarist/producer Robert P.

The titletrack to Gemma & The Travellers’ debut album “Too Many Rules & Games” is a song about a woman who has had enough of a world run by men looking only for their own personal glory and fame. Love is the answer to the problems of this world! “Where I Lived Before” is another highlight: “I am looking back at the years of my upbringing living in the south of Italy, a juxtaposition of poverty, injustice and hardship with all the beauty of the land and warmth of the people; it was hard to be a teenager there as my mum would not let me go out, which amplified the rebel in me”, Gemma explains.

Recorded live at Lemoncake Studios in northern Brittany, producer Robert P. strived for an authentic and original soul sound with a certain crunchiness and analogue distortion, like that of an old vinyl from the 60s, but without falling under the overused ‘retro’ banner. Gemma & The Travellers are soul, they’re r&b, they’re deep funk, and they’re coming your way this April! 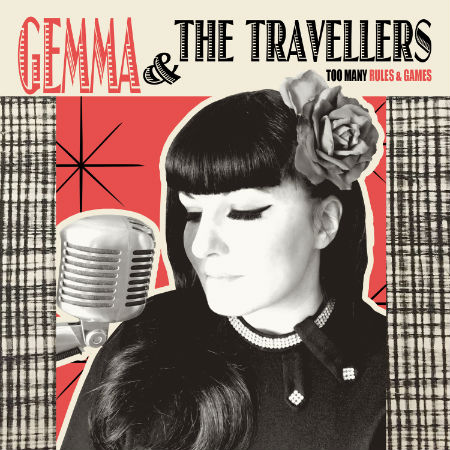