Lance Ferguson is back for a killer follow-up 7″ to his second volume of classic re-works and re-imaginings, Rare Groove Spectrum Vol. 2 – released on Freestyle in late January.

We just couldn’t resist putting this take on Pucho & His Latin Soul Brothers cover of Gladys Knight‘s “Got Myself a Good Man” on a 45. Keeping true to the source, yet somehow simultaneously sounding like no-one else, this version is 100% guaranteed to put a spring in the step of any crowd as the sun starts gradually to come out from hiding. Aside from the faithfully executed and expertly recorded drum-track, which sits pretty higher up in the mix than it’s precursor, the star of this particular show comes midway through when Lance’s lilting and sun-kissed guitar solo comes gliding in. If you can’t move to this, even just a little bit, then you might actually be lacking a pulse.

Backing things up is the undeniable latin-funk strut of Mandrill‘s “Mango Meat”. Given an instrumental work-out here with Remco Keijer‘s Flute and Daniel Mougerman‘s keys putting in work over a heavy-as-lead rhythm section, those delectable salsa-inflicted horns upping the spice levels.

Lance‘s work across the Rare Groove Spectrum series can often be looked on as something akin to a “live re-edit” on the originals, at times switching up sections or extending the groove. These two choice cuts however are a masterclass in subtly teasing out some of the original elements on the tracks that really make them work on a dance-floor, and bringing those to the fore while retaining 100% respect for the OG arrangements. 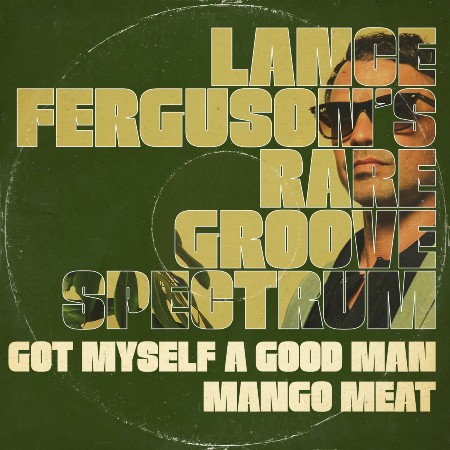