They’ve set fire to some of the most prestigious stages Switzerland has to offer, such as Montreux Jazz Festival, Jazz Ascona Festival & Locarno Film Festival, they’ve been chosen by legendary saxophonist, composer, arranger and long-time James Brown collaborator Pee Wee Ellis to accompany him on tour in Europe, and now Lugano’s heaviest funk outfit Re:Funk are ready to unveil their first official single.

“The Harder We Try” is a scorching tribute to 70s blaxploitation movie soundtracks, with jangly guitar, infectious horns and a heavy backbeat.  Think cinematic funk (picture a breathtaking chase down the hills of the Frisco Bay if you like) with a disco-like hook that highlights a tormented and passionate love story, and you get the gist of Swiss-based funk ensemble Re:Funk‘s first single. The song was recorded live with a select audience thanks to a successful crowd-funding campaign that also allowed the recording of the full feature video.

This is only the first step for the eight-piece powerhouse, (who for the occasion of this single appear with an expanded formation of twelve) who are not only planning to spend some time in the studio to record their first complete LP, but will be on a string of dates alongside Pee-Wee Ellis this June/July 2016, cementing Re:Funk‘s reputation as a high-energy live band that never fails to engage the audience with its powerful performances.

“The Harder We Try” out Feb.20th on Digital Only via Re:Funk Records 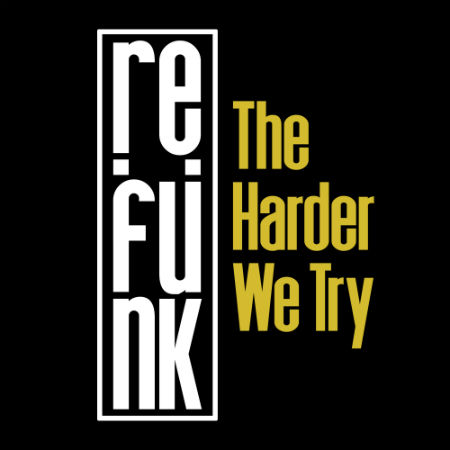